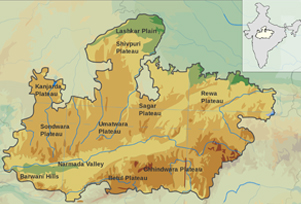 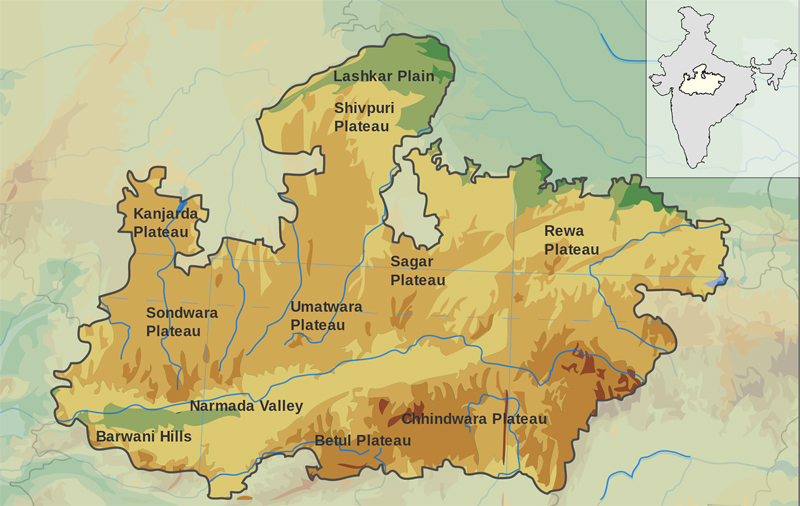 Madhya Pradesh means "central province', a region located at middle of the country.

Rivers like Narmada, Ken, Son, Tapi, Chmbal, Chambal flow through the state. The river Narmada flows from east to west in the state and in between Vindhya and Satpura ranges.

Wheat, maize, paddy, jowar, cereals, groundnut, mustard, cotton, sugarcane are some of the crops being produced in the state.

Vindhya range, Satpura range, Kaimur hill, Maikala range, Malwa plateau, Mahadeo hills, etc. are some of the mountains in the state. The total irrigation land in the state as per the official figures is 6.19 million hectares. Subtropical climate prevails in most part of the state. The heat is high during summer and the temperature is too low during winter. 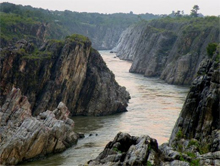