Located in the central plains of northeast India, Assam is bounded to the north by Bhutan and Arunachal Pradesh, to the east by Nagaland and Manipur, to the south by Mizoram and Tripura, and to the west by Bangladesh and the states of Meghalaya and West Bengal.

It may be noted the neighbouring states of Arunachal Pradesh, Nagaland, Mizoram, and Meghalaya were once part of Assam before the reorganisation of north-eastern states in early 1970s.

The capital formerly Shillong (now the capital of Meghalaya), was shifted to Dispur, a suburb of Guwahati, in 1972. 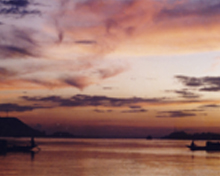 A land of plains and river valleys, the Y-shaped Assam (resting on its side) depends much on Brahmaputra River flowing from the Himalayas for growing a number of cash crops including tea and other plantations.

Broadly speaking, the state has been classified into three main regions – the Brahmaputra river valley in the north, the Barak river valley (upper Surma River) in the south and the hill areas between Meghalaya (in the west) and Nagaland and Manipur (to the east) in the south-central parts of the state.

It is to be noted that of all three broad regions, the valley formed by Brahmaputra River is the largest and according to Hindu scriptures, this sacred river is considered as the son of God Brahma.

Further, it is said that the river originated from a ‘sacred pool’ known as the Brahmakund in the neighbouring state of Arunachal Pradesh.

The mighty river enters Assam near Sadiya at the extreme northeast part of the state and flows westward for nearly 725 km before turning south to enter the plains of Bangladesh.

Dotted with a number of isolated hills and ridges that rise suddenly from the plains, the valley is around 80 km wide and is surrounded on all sides except on the west by mountains.

A large number of streams and rivulets that directly flow from the hills empty into the Brahmaputra River whose width enlarges many times before it enters central Assam.

Only a small portion of the Barak River valley lies within Assam’s borders, but it nevertheless forms an extensive lowland area which is vital for agriculture in the southern region of the state.

The Brahmaputra and Barak valleys have formed ancient sediments consisting of clay, silt or gravel (deposited by rushing steams) over the centuries.

These sediments themselves carry a number of deposits from the Neogene and Paleogene periods that are some 2.6-65 million years old.

According to archaeologists, the North Cachar Hills which is now part of the Meghalaya plateau is an extension of a subcontinent called Gondwana, an ancient landmass in the southern hemisphere that once consisted of South America, Africa, Australia, and part of the Indian subcontinent as one geographical entity.

The elevated part of the Meghalaya plateau displays a rugged topography as it is isolated from the main region by the embankments on the Kepili River.

This upland generally has a northerly slope, with average elevations ranging from about 1,500 feet to about 3,300 feet.

Between the Brahmaputra valley and the south-central hill region are the northern ranges, which extend north-eastward from Dabaka (east of Dispur) to Bokakhat in east-central Assam.

The Rengma Hills to the south of the ridge average about 3,000 feet and their most prominent peak is Chenghehishon (4,460 feet). 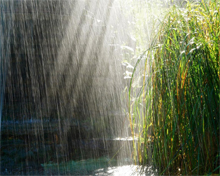 The mean temperature in Assam varies from about 36 degree Celsius in August to lows of 7 degrees Celsius in January.

Dense fog mist and intermittent showers are common during the winter season which begins in October and continues till February-end.

Unlike the Indian mainland, Assam does not experience the dry hot summer as the weather is mildly warm during humid season.

While intermittent showers occur from March to May, the heavy rainfall comes during southwest monsoon which strikes the state in June and stays till September.

The rainy season in Assam (June-September) causes massive flooding with the Brahmaputra river in spate creating havoc and destruction.

Moreover, the annual precipitation in Assam ranks among the highest in the world. The annual average rainfall varies from about 180 cm in the west to over 300 cm in the eastern region of the state. 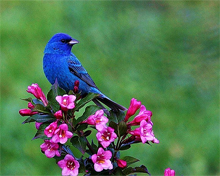 Once forests covered nearly two-fifths of the state's area, but were reduced after the creation of Meghalaya and Mizoram in 1970s.

At present, nearly one-third of Assam was covered with various types of woodlands including tropical evergreen and deciduous forests, broad-leaved hill forests, pine jungles and swamp forests, besides grasslands.

Assam is home to some 75 species of trees, many of which have commercial value. Sal (Shorea robusta) and hollong (Dipterocarpus rhetusus) trees are abundant in thick forests, while bamboo, orchids and ferns are evenly distributed across the state.

Assam is known for top class wildlife sanctuaries, the most prominent of which are two UNESCO world heritage sites — the Kaziranga National Park (designated in 1985), on the banks of Brahmaputra River, and the Manas Wildlife Sanctuary (designated in 1992), near the border with Bhutan.

Both the national parks are habitats for the endangered Indian one-horned rhinoceros, and the Manas has a fair share of tigers and leopards too.