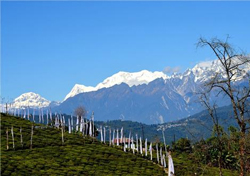 Entrenched on the slopes of the Himalayan mountains, Sikkim is a basin area covered on all its three sides by snowy peaks.

The perennial rivers flow down in rapid currents from the mighty Himalayas to form big lakes, while glaciers are common in the extreme high reaches of Sikkim.

There is a sharp rise in the elevation from 750 feet in Teesta River to nearly 28,200 feet at Kanchenjunga, the third highest mountain in the world.

The Singalila range divides Sikkim from Nepal in the west, while the Dongkya range forms the natural border with the Tibet Autonomous Region of China to the east.

Steep and treacherous passes link Sikkim to the Chumbi Valley in Tibet and from there on to Lhasa.

In fact, Sikkim is characterised by a series of high ridges and hill chains with elevation varying widely within small stretches of land.

The summit of Kangchenjunga — the world's third-highest peak — is the state's highest point, situated on the border between Sikkim and Nepal. 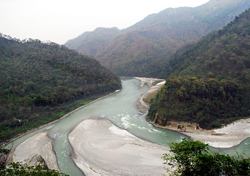 Because of rocky and precipitous slopes, the land in Sikkim is unfit for large scale agriculture like in the plains.

However, some hill slopes have been converted into terrace farms.

A number of snow-fed streams have carved out river valleys in the west and south of the state.

The rapid streams from the Himalayan ranges combine in the major Teesta river and its tributary, the Rangeet, which flow through the state from north to south.

About a third of the state is heavily forested.

The Himalayas surround the northern, eastern and western borders of Sikkim.

The lower Himalayas in the southern reaches of the state are the most densely populated.

The state has 28 mountain peaks, more than 80 glaciers, 227 high-altitude lakes (including the Tsongmo, Gurudongmar and Khecheopalri Lakes), five major hot springs and more than 100 rivers and streams.

Sikkim's hot springs are popular for their medicinal and therapeutic values.

The springs which have high sulphur content are located near river banks. Some are known to emit hydrogen.

The average temperature of the water in these hot springs is 50°C.

Hence, only shallow brown clay soils are possible with such a hard, rocky surface.

The soil is coarse with large doses of iron oxide and lacks in organic and mineral nutrients.

Most of Sikkim is covered by Precambrian rocks that are younger in age than the hills.

The rock consisting of phyllites and schists is highly prone to erosion throughout the year.

Moreover, due to heavy rainfall, there is extensive soil erosion and loss of its nutrients through leaching.

Landslides are common in Sikkim resulting in many towns and villages getting isolated from rest of the country. 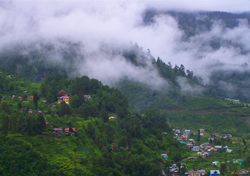 Sikkim has five distinct seasons of winter, summer, spring, autumn, and a monsoon season from June to September.

The climate ranges from sub-tropical in the south of Sikkim to tundra in the north overlapping on the Himalayan ranges.

Most of the inhabited regions of Sikkim experience a temperate climate, with temperatures not exceeding 28°C in summer.

The average annual temperature for Sikkim is around 18°C.

Sikkim is one of the few states in India to receive regular snowfall.

The tundra-type region in the north is snowbound for four months every year, and the temperature drops below 0°C almost every night.

In north-western Sikkim, the peaks are frozen year-round.

And due to the high altitude, temperatures in the mountains can drop to as low as −40°C in winter.

During the monsoon, heavy rains increase the risk of landslides.

The record for the longest period of continuous rain in Sikkim is 11 days.

Fog affects many parts of the state during winter and the monsoons, making vehicle transportation a dangerous activity.

More than two-fifths of Sikkim is forested.

Sal (a type of hardwood), pandanus, palms, bamboos, ferns, and orchids are common in the subtropical forests found below about 5,000 feet (1,500 metres).

In the temperate zone (5,000 to 13,000 feet), trees like oak, laurel, maple, chestnut, magnolia, alder, birch, rhododendron, fir, hemlock, and spruce are common in the forests. 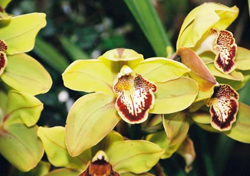 Alpine tundra forests are common at the higher elevations.

Sikkim has many national parks and wildlife sanctuaries which provide a protected environment for the diverse flora and fauna.

The Kanchenjunga National Park set up in 1977 near the peak with the same name is among the largest of India’s high-elevation conservation areas.