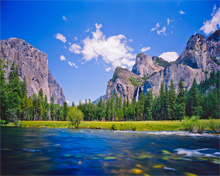 It is a puzzling irony that Assam represents a unique example of poverty amidst plenty of natural resoures.

In spite of being richly endowed with fertile soil, rivers and other natural elements, the state lags behind in many aspects of the economy.

The large scale migration of people from Indian mainland and also illegal from Bangladesh has led to population explosion that no other state has been witness to.

Many attribute the social and economic backwardness of the state to the illegal migrants which had led to civil strife and agitations in the society.

Farming and its related enterprises account for more than a third of Assam's income, even as 69% of the population are engaged in agriculture for eking out their livelihood. 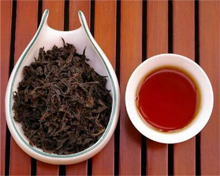 Assam's biggest contribution to the world is its tea as it produces some of the finest and most expensive teas.

Other than the Chinese tea variety Camellia Sinensis, Assam is the only region in the world that has its own variety of tea called Camellia Assamica.

The agriculture is yet to be modernised and lags far behind the rest of the country in terms of productivity yield.

With implications to food security, the per capita food grain production has declined in past few decades. On the other hand, although productivity of crops has increased marginally, still these are much lower in comparison to highly productive regions.

On the other hand, although having a strong domestic demand, 1.5 million hectares of inland water bodies and numerous rivers and streams and 165 varieties of fishes, fishing is still in its traditional form and production is not self-sufficient. 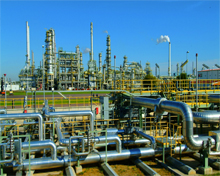 Assam faces a number of impediments to industrial growth due to its physical and political isolation from the mainland. The state is yet to develop good connectivity with neighbouring countries like Myanmar, China and Bangladesh.

Further, this landlocked state in the eastern periphery of India is connected to the mainland through a flood and cyclone prone narrow corridor (Siliguri corridor) that serves as a poor transportation link to rest of the country.

The Brahmaputra River offers much scope for inland navigation which can be accessed to promote economic growth across north-eastern states.

But the river channel has to be maintained well and it needs cooperation from Bangladesh too for a joint endeavour to promote regional growth. 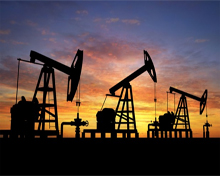 Assam is a major producer of crude oil and natural gas in India. The state ranks second in the world after Titusville in the United States where petroleum was discovered first.

Asia's first successful mechanically drilled oil well was at Makum in Assam way back in 1867.

The state accounts for about 15% of India's crude output. The wells at Digboi, Duliajan, Sivasagar and Moran produce natural gas accounting for about 50% of India's total onshore production.

The natural gas is a major feedstock for production of fertilisers, electricity, petrochemicals and also as major fuel in other industries.

The second oldest oil well in the world at Digboi still produces crude oil. Most of the oilfields of Assam are located in the Upper Assam region of the Brahmaputra Valley.

Assam has four oil refineries located at Guwahati, Digboi, Numaligarh and Bongaigaon with a total capacity of 7 MMTPA (million metric tonnes per annum).

Bongaigaon Refinery and Petrochemicals Limited (BRPL) is a big conglomerate with corporate office in Assam. One of the biggest public sector oil company of the country, Oil India Ltd. has its plant and headquarter at Duliajan. 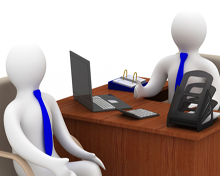 Despite poor industrial growth, Assam has some critical plants such as a chemical fertiliser unit at Namrup; petrochemical industries at Namrup and Bongaigaon; paper mills at Jagiroad, Panchgram and Jogighopa; sugar mills at Barua Bamun Gaon, Chargola, Kampur, cement plant at Bokajan, cosmetics plant of Hindustan Unilever (HUL) at Doom Dooma which offer employment to skilled and unskilled youth of the locality.

Besides, there are other industries such as jute mills, textile plants, yarn and silk mills that leverage the highly evolved traditional forms of occupation like weaving and cotton cultivation in Assam.

But it has to be said that many of these industries based on traditional occupations like weaving and farming are facing huge losses due to lack of infrastructure and poor management.