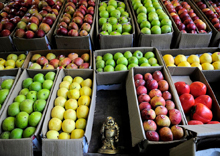 A leader in hill area development, Himachal has diversified its industries with careful planning and strict implementation of policies reaping economic dividends.

The state has made rapid strides in select industries, power, horticulture, agriculture and allied activities over the decades.

The increase in total state domestic product is mainly attributed to 15.3% growth in the primary sector (agriculture); 9.8% in community and personal services; 2.6% in transport and trade; 4.5% in the finance and real estate.

Whereas the secondary sector (core industries) increased by only 2.6%. 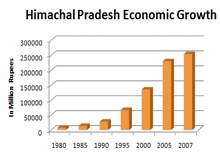 The economy has shown a shift from agriculture sector to industries and services.

The declining share of agriculture does not, however, affect the importance of this sector in the state's economy.

For the state GDP growth is still determined by the trend in agriculture and horticulture production.

It is the major contributor to the total domestic product and hasoverall impact on other sectors via input linkages, employment and trade.

Due to lack of irrigation facilities the agricultural production to a large extent still depends on timely rainfall and weather conditions.

High priority has been accorded to this sector by the government. 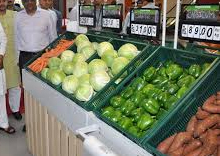 The state has made significant progress in the development of horticulture.

The topographical variations and altitudinal differences coupled with fertile, deep and well drained soils favour the cultivation of temperate to sub-tropical fruits.

The region is also suitable for cultivation of ancillary horticultural produce like flowers, mushroom, honey and hops.

As against the target of bringing 3,000 hectares of additional area under fruit plantation, the government has achieved 3,447 hectares in 2014-15.

Besides, 9.59 lakh fruit plants of different species were distributed up to December 2014 for the fiscal 2015.

Bharat Nirman aiming towards the development of basic rural infrastructure like roads, irrigation, water supply, housing, rural electrification and telecom connectivity has been given top priority by the government.

To fulfil the commitments towards public, a separate department of redressal and public grievances under the direct supervision of the Chief Minister has been set up in each of the departments to make this more efficient.

Himachal Pradesh is the first state in the country to launch "e-samadham" for redressal of public grievances.