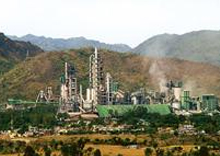 Blessed with an eternal beauty and natural resources, Himachal Pradesh has leapfrogged into the top league of industrialised states in the country.

Horticulture is still the main stay of many households.

But the state is reaping the benefits of skilled youth who excel in a number of high-tech industries with their hard work.

A transparent governance has ensured the state is able to attract big businesses who are setting up operations in the districts to cash in on liberal incentives, subsidies and skilled labour.

In an agrarian economy like Himachal, the industry absorbs underemployed and unemployed workers from the agricultural sector.

The state government has initiated several steps to accelerate the pace of industrialisation.

Apart from providing time-bound clearances for setting up of new industrial units, an attractive package of incentives is being provided to potential entrepreneurs in the state.

This has not only helped the state in attracting investment, but also ensured ample job opportunities to the local youth.

The government has established a state-level Single Window Clearance and Monitoring Authority (SWC&MA) to ensure time-bound clearances to industrial proposals.

To fast track the process of according time-bound approval to the proposals, the government has introduced a common application for seeking approval of setting up industries in the state.

The SWC&MA in its eleven meetings held till June 2015 has approved 75 new proposals for setting up of industrial projects, besides approving 122 expansion proposals in the state.

These combined proposals were expected to attract investment worth Rs 10,879.17 crore and provide employment to over 20,402 people.

Many big corporate houses such as United Biotech, Reliance group, Mahavir Spinning Mills, Torrents Pharma and Himalaya Alkalizes and Chemicals have chosen Himachal for setting up their operations.

While the existing units of Ranbaxy Laboratories, Su-Kam Power Systems, Procter and Gambles, Johnson and Johnson, Mankind Pharma, Havells India, Abbott Healthcare and Dabur India are expanding their facilities in the state.

The government has constituted an Investment Promotion Cell to provide escort services to entrepreneurs.

The IPC will also monitor the implementation of infrastructure projects in the state in a focused manner.

In addition, an Investor Advisory Council has been formed under the chairmanship of Chief Minister with representatives of industries, to create a platform for deliberation of policy issues for industrial development in the state.

'Industry by Invitation' has been the motto of the state government.

Special investor meets are organised in the different parts of the country to inform the business community on the infrastructure facilities in Himachal.

The first phase of investor meet was held in Mumbai, Bengaluru and Ahmedabad in November 2014 by the HP Investment Cell in collaboration with the CII.

This endeavour has yielded good results with 104 projects worth Rs 4,189.07 crore have been approved by the SWC&MA.

According to officials, these projects if taken to logical conclusion would provide employment to over 12,077 persons.

The upcoming industrial projects have been given two years’ time to seek mandatory and statutory approvals from the line departments. 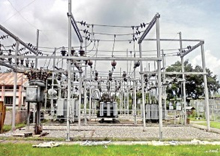 A number of incentives are being provided to the potential investors.

Electricity duty for the specified extra high tension (EHT) category consumers has been reduced from existing 15% to 13%.

Further, the electricity duty for the existing medium and large industries except EHT category has been reduced from the existing rate of 13% to 11%

Similarly, for any existing small industry, electricity duty has been reduced from existing 7% to 5%.

And new small industry would now be required to pay only 1% electricity duty for the first 5 years.

Only 2% electricity duty is being charged for first five years from enterprise generating employment to 300 bonafide Himachalis.

Apart from this, only 50% stamp duty is being charged on sale or lease deed for setting up a new industry.

Three state-of-the-art industrial areas are being developed in Una, Kangra and Solan districts.

These industrial areas would provide a set of infrastructure facilities to the entrepreneurs. 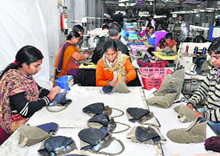