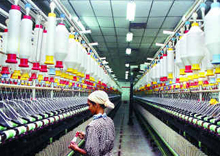 Towering achievements in the human development indices are not matched with industrial progress whose potential yet to be fully tapped by local entrepreneurs.

A relatively low growth of the manufacturing industry, when the general economy is growing remarkably well, appears like a conundrum to the policy makers.

It is argued that inadequate flow of investment has constrained the pace of modernisation of old units and establishment of new units in Kerala.

What is being stressed is the need to adopt state-of-art technologies for industries to compete in a globalised market for survival.

Further, economists claim lack of a clear and pragmatic approach of the state in its response to the reform process that has been its undoing.

Coupled with a lacklustre attitude in its own policies for attracting private investment makes Kerala a less investor friendly location for the manufacturing sector.

The state is in need of knowledge-based and service industries including software firms to fully utilise the skilled manpower and to accelerate economic growth.

At present, skilled workers and professionals in Kerala relocate to other parts of the country in search of employment as job opportunities dwindle in their own state.

While looking at the lack of industrial progress of the state despite social development, three major factors come as big hurdles -- limited land, environment consciousness, a strong labour movement and lethargic bureaucracy. 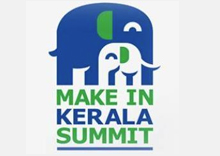 State government has kicked off a "Make in Kerala" initiative to promote growth and development of micro, small and medium enterprises (MSME) in a big way.

A sum of Rs 15 crore has been set apart for the 'Make in Kerala' scheme to boost MSME units.

Kerala must encourage start-ups and MSME units to turn around the diminishing trend in its exports, according to the Federation of Indian Export Organisations (FIEO).

FIEO pointed out the state is gradually losing its dominance in the traditional products like coir, marine products, spices and rubber which in the past used to bring significant export revenue to the state.

Kerala's loss in the traditional sector has been the gain of the neighbouring states Tamil Nadu and Karnataka.

According to trade pundits, Kerala must encourage start-ups in areas like food processing, Ayurveda medicine and cosmetic products where the state has enjoyed dominance over others for decades.

Moreover, the products of these sub-sectors have ready global market despite trends of recession in some parts of the world.

The processed food sector in Kerala grew by a whopping 12% in 2014-15 compared to the previous year.

Kerala economy is heavily dependent on Gulf remittances which keep most of the households running.

These knowledge-based industries require skilled manpower which Kerala has in plenty and hence, able to overcome the limitations faced by a manufacturing unit.

In 2013-14, state has recorded a GDP growth of 6.49% which is above the national average of 4.04% and the second highest among South Indian states. 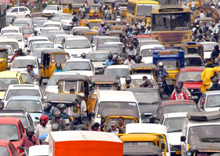 In highly-literate Kerala which is on a fast track towards urbanisation, unemployment and mental illness are much above the national average.

The state has undergone the highest level of urbanisation in its history during 2001-2011 with 83.82% increase over the previous decade.

Kerala was positioned in the 19th rank in the level of urbanisation among Indian states as per the 2001 Census. But as per census 2011, Kerala was ranked 9th.

The effectiveness of investment in development projects in reduced as the scarce resources are spread too thinly across Kerala.

Although the state has been registering a high growth rate for quite some times now, it records the highest unemployment rate.

Only small states of Nagaland and Tripura have a higher unemployment rate than Kerala.

Unemployment in Kerala is found to be over three times the all India average.

Tourism shore up earnings in Kerala

Kerala is one of the few states to have marketed its natural beauty successfully to the leisure tourism sector.

The state's unique heritage and cultural diversity have helped attract tourists from the world over.

The Kerala Tourism Policy 2012 has been drafted to create an environment for investment and to market Kerala as a visible global brand in domestic and global markets. 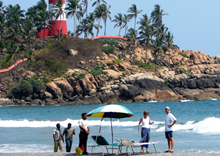 Agriculture and related activities form the backbone of its population.

Kerala is the largest producer of rubber, pepper, coconut and coir. In 2014-15, the state contributed 69% and 73% to India's total rubber and pepper produce respectively.

The state has 32 special economic zones (SEZs) with formal approvals and 25 notified SEZs.

A cyber-park spread over a 68-acre campus is being developed in Kozhikode.

Kerala has been promoting knowledge-based industries such as IT/ITeS, computer hardware and biotechnology.

It is the first state having a technology park with CMMI level 4-quality certification and a world-class IT campus in Thiruvananthapuram.