Can I start business in Kerala 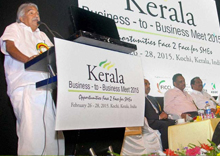 Kerala is the world leader in human development indices having attained enviable progress in all social sectors like health, education and family welfare.

The United Nations and other world bodies have cited Kerala as the role model for other developing countries to emulate.

The skilled manpower coming out of higher education institutes makes Kerala the source of large reservoir of talented labour that can be hired across industrial sectors.

It is to be noted that a variety of quality educational and research institutions in Kerala ensure abundant supply of quality manpower, whatever be the sphere of business activity. 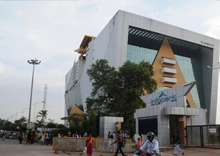 Investment bases like Technopark and IT investment zoneshave an on-campus dedicated satellite earth station offering global information links that are quite inexpensive.

Kerala is one of the only two locations in India where both the optic fibre submarine cables SEA-ME-WE-3 and SAFE converge, giving superb global connectivity at very low rates.

Besides these, Kerala has the highest tele-density and the highest penetration of optic fibre cable in the country.

Vallarpadam in Ernakulam is the country’s first and only international container transhipment terminal.

A 5 million tonne capacity LNG terminal and gas pipeline infrastructure is under construction at Vallarpadam port.

In order to promote the core competency areas of Kerala, dedicated sector-specific industrial parks are rapidly being set up across the state.

These high-tech parks offer walk-in-and-manufacture environments with state-of-the-art infrastructure, thereby enabling a hassle-free start-up for industries in the state.

Besides, Kerala is the only state in the country with a legislature for statutory single window clearance in order to attract investments into the state.

Compared to other locations in the country, Kerala offers low operating costs for start-up in the state.

It is almost as low as 75% in 'walk-in-and-manufacture' environments like the Technopark and Infopark. 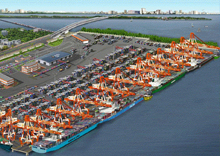 The work on the coach factory in Palakkad is progressing with the project being taken up as PPP. 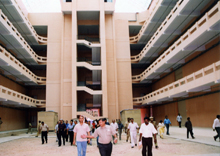 There are 24 SEZs under various stages of completion in Kerala.

While some of them are specialty products such as Technopark (phase-I, II, III and IV) in Thiruvananthapuram; Kinfra biotechnology park, Kalamasserry; and Infopark, Kochi; some others are multi-products.

The excellent airport and seaport connectivity make doing business in the SEZs in Kerala all the more attractive.

The government has identified 26 areas of growth for the Kerala economy.

The selection of the ‘focus areas’ is based on the potential for growth, the presence of enabling factors such as availability of raw material, human resource pool, marketing growth, export opportunities and availability of infrastructure facilities.

While selecting the sector, the government has ensured that they would help enhance the state’s image as a developing knowledge economy.

The government would also ensure that the new investment would in no way harm the clean and green environment the state is popular.