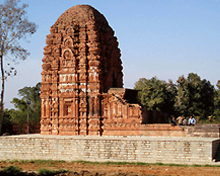 In ancient times, this east-central region of India was known as Dakshin Kausal (or Kosala).

This forested land was mentioned in epics like Ramayana and Mahabharata.

According to mythology, Lord Rama had spent some time in the region of Chhattisgarh when he was on his 14 years exile to forest.

The history of Chhattisgarh (or south Kosala) can be traced back to 4th century.

Between the 6th and 12th centuries, local rulers like Sarabhpurias, Panduavanshi, Somvanshi, Kalachuri and Nagvanshi dominated the region.

Notably, the Kalachuris ruled Chhattisgarh from 980 to 1741 CE.

The Bastar region of Chhattisgarh was invaded by Rajendra Chola I and Kulothunga Chola I of the Chola dynasty in the 11th century.

A famous historian C.W.Wills mentions that "in the 10th century a powerful Rajput family ruled at Tripuri near Jabalpur."

From this kingdom of Chedi (occupying a part of central India) which was also known as Kalchuri dynasty, a scion of the royalty named Kalingraja settled at Tuman near Bilaspur by 1000 CE to establish a new kingdom called Haihaya dynasty.

At present this site has only few ruins in the northeast of erstwhile Laphazamindari in Bilaspur district.

Kalingraja's grandson Ratanraja founded Ratanpur which was the capital of a large swathe of territory in central India presently known as Chhattisgarh.

These rulers from Rajput dynasty called themselves Haihaya clan. The Haihaya dynasty continued ruling Chhattisgarh for six centuries till the 14th century when it got split into two parts.

One part remained at Ratanpur, while another one created a semi-independent state in Raipur. At the end of 16th century, Raipur and surround areas came under the control of the Mughals.

In the Middle Ages (from 1320), the first Chalukya ruler Annmdev established his dynasty in Bastar. The Marathas attacked Chhattisgarh in 1741 and destroyed the Haihaya power.

In 1745 AD after conquering the region, they dethroned KingRaghunathsinghji, the last surviving member of the Ratanpur house. 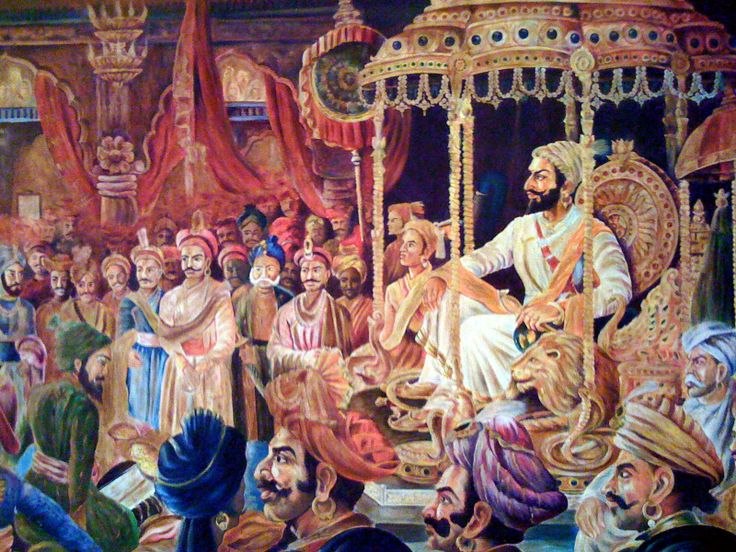 Chhattisgarh was under Maratha rule (Bhonsales of Nagpur) from 1741 to 1845 CE.

However, it came under the British Empire from 1845 to 1947 as the Chhattisgarh division of the central provinces.

The British gave importance to Raipur over the then capital Ratanpur in that region which had very little urban settlements in those times.

In a mini-swap of areas, the Sambalpur district was transferred to Odisha and the Surguja estates from Bengal were made part of Chhattisgarh for effective administration.

During the reorganisation of states in November 1956, the areas belonging to central provinces were consolidated to form Madhya Pradesh located in the central part of India.

Chhattisgarh was also part of the old state of Madhya Pradesh with its capital at Nagpur.

Much earlier, Chhattisgarh region was part of central provinces and Berar Province under the British rule.

Some areas in the Chhattisgarh region were princely states under the British rule. But they were later merged into Madhya Pradesh after Independence.

The new state of Chhattisgarh was carved out of Madhya Pradesh on November 1, 2000.

The demand for a separate state was first raised in the 1920s. Similar demands for a new state kept cropping up at regular intervals as the region was one of the most neglected parts of India.

But a well organised movement for statehood was never launched. A number of all-party platforms and forums were formed to create awareness on the need for a separate state.

These ginger groups organised rallies, meetings, strikes and sent petitions since 1970s without much success. Back in 1924, the first demand for separate state of Chhattisgarh was raised by the Raipur Congress unit and the issue was discussed at the annual meet of the Indian Congress in Tripuri near Jabalpur.

A short deliberation was also held in the party on forming a regional Congress unit for Chhattisgarh.

When the State Reorganisation Commission was set up in 1954, the demand for a separate state was not accepted by the panel members.

However in 1955, the statehood demand for Chhattisgarh was raised in the Nagpur assembly of the then state of Madhya Bharat.

Unable to put up with neglect and backwardness of the region, the people led by political leaders formed pressure groups to air their grievances.

The Chhattisgarh Rajya Nirman Manch led by Chandulal Chandrakar actively campaigned for statehood through a series of protest rallies, strikes and dharnas.

The manch received support from all political parties including Congress and BJP which have been sympathetic to the Chhattisgarhi people.

The NDA government at the Centre redrafted the Chhattisgarh Bill and sent it to the approval of Madhya Pradesh assembly.

The bill was unanimously approved by the assembly and was tabled in the Lok Sabha for promulgation. The President gave his consent to the Madhya Pradesh Reorganisation Act on August 25, 2000.

Subsequently on November 1, 2000, a new state of Chhattisgarh was carved out Madhya Pradesh.

It is to be noted that the formation of Chhattisgarh has been a smooth affair compared to violence and mayhem that preceded the creation of two other new states at that time -- Uttarakhand (out of UP) and Jharkhand (out of Bihar).