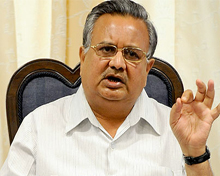 Falling in line with the PM Narendra Modi's 'Make in India' campaign, Chief Minister Raman Singh has unveiled a new industrial policy (2014-19) with emphasis on attracting manufacturing sector to Chhattisgarh.

The policy document welcomed by all the stakeholders has proposed to set aside land banks for mega projects, drafted special packages to promote small and medium scale industries and revival of sick (or closed) factories.

The new industrial policy has come out with a subsidy offer of Rs 5 crore to the private enterprises willing to set up industrial parks in the designated areas of Chhattisgarh.

In order to facilitate the setting up of industrial clusters in the districts, the state government has envisaged the creation of a land bank of over 10,000 hectares in due course. 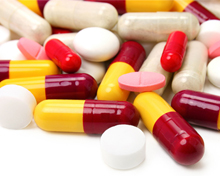 With a view to promote bicycle manufacturing, pharma sector, electronic products and textile industries in the state, the government has decided to include these industries on the "priority list" in new policy.

Moreover, the prescribed capital limit for the mega projects will be reduced to facilitate the inclusion of more industries in these sectors in the short term.

According to officials, the lowering of the size of mega projects would enable the industries (bicycle, pharma, electronics and textiles) to get the benefits of big projects at lesser investments.

A Chief Minister's Cluster Development Scheme is being introduced under which the state government will provide Rs 50 lakh as subsidy for factories (or industrial units) coming under this scheme.

Focus on gainful employment of Chhattisgarh

The residents of Chhattisgarh will be encouraged to set up their own enterprises.

More employment opportunities will be created for the skilled, qualified youth in the state, according to the new industrial policy.

The capital investment to step up industrial activity is being promoted by making it competitive and smooth in comparison to other states.

The weaker sections including scheduled caste, scheduled tribe, disabled, retired personnel, women and Naxal-affected families will be given top priority for uplifting their living standards through gainful employment.

While industrial growth will be fast tracked, the minerals, forests and other resources of Chhattisgarh will be conserved as long-lasting assets for the benefit of the people.

The industries will be roped in to provide skill training to residents of the state. 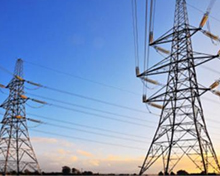 Gifted with rich minerals and having 44% of its land area under dense forests, Chhattisgarh has a good geographic location to make the transition to an industrialised state.

A number of rivers, namely Mahanadi, Hasdev, Kelo, Indravati and Shivnath are capable of satisfying the needs for drinking water, agriculture as well as industrial units.

The state government is the process of constructing a series of dams to meet the future requirements of water supply.

Chhattisgarh is one of the few states that have adopted quality practices in electricity generation and distribution.

A series of planned efforts are being made to make the state a 'power hub' of the country.

Hydro and thermal plant contracts to generate more than 50,000 MW of electricity are being executed at various levels by both the government and private sector companies.

Chhattisgarh has got the potential for the emergence of downstream industries in various fields including automobiles, capital goods, steel, cement and aluminium for vertical growth of industries.

During last 5 years, the development has been reported mainly in core sectors like mining, cement and steel.

Now the government has drafted a new industrial policy (2014-19) aimed at expanding its industrial base to cover the backward areas in districts for a more balanced development of the state. 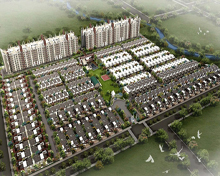 The new high-tech capital city of Chhattisgarh is poised to emerge as the country's first smart city with modern facilities if everything goes as planned.

A capital built on the concept of sustainability with green features will make living a comfortable experience without any stress for residents.

Once fully developed, Naya Raipur will attract top corporates andinvestors to develop their business plans in the state, according to government sources.

Located between National Highways NH-6 and NH-43, it is 17 km away in the south-east direction from the present capital city of Raipur.

The high-tech capital city, where the Mantralaya and the secretariat had already started functioning, would be developed in 8,000 hectares of area with world-class amenities.

The first integrated township in Chhattisgarh is expected to house about 4.5 lakh people within a decade.

Moreover, spaces have been kept aside for its expansion and to further modernise infrastructure in the near future.