As a least developed state with very little human resource and rugged, mountainous terrain, Sikkim looks upon liberal grants and concessions from the Central government.

Over 75% of the land is forested and around 80% of the population lives in villages.

Lying on the foothills of the Himalayas, the state has just 20% of its total area for human settlements.

The rugged mountains, fragmentation of land, hill tracts and the geographical seclusion of the state from the mainland are major impediments to the sustainable growth of large-scale farming.

Also with minimal infrastructure and rudimentary roads, enterprises are loath to set up operations in this tiny Himalayan state. 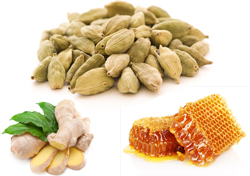 Since time immemorial, Sikkim has been an agro-based society, but there is much felt need to develop industries for providing employment to the youth.

Sikkim produces 80% of India's large cardamom which enjoys a high value, export market in Pakistan, Singapore and the Middle-East.

Ginger is also of good quality and has export prospects.

The large cultivation of cardamom and ginger is being converted into value-added products to earn revenue to the state exchequer.

The large varieties of fruits grown in Sikkim can be further channelised as raw inputs for food processing industry.

Exotic flowers open up new opportunities to expand the floriculture in Sikkim.

Honey and tea are other agro-based products that have high potential. There is a good market for the minor forest produce of the state.

With the gradual changes in the lifestyle of the people, Sikkim government has identified the potential areas for setting up industrial ventures. 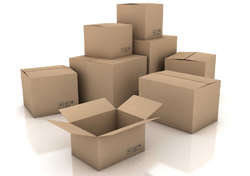 Sikkim government with the able support from the Centre has been exploring opportunities for setting up industrial units in the state without affecting the ecology.

The Department of Industries is the key state agency in bringing about a rapid growth in the industrial profile of Sikkim.

Due to population growth, the problems of unemployment are putting added strain on the government's shoulders.

The state government has formulated proactive policies that are now shaping up the industrial network in Sikkim. 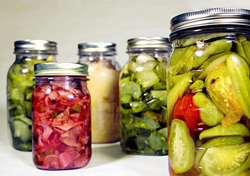 Growth projects on fast track are: 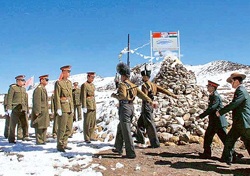 The government has issued a number of licences for rapid industrialisation of Sikkim in keeping with the aspirations of its people.

Sikkim government had set up the Directorate of Industries in 1977 with the main aim of promoting and developing enterprises in the hill state.

The directorate helped in creating industries and achieved many goals after its inception like imparting training to the local youth in handloom and handicrafts.

Moreover, training centres across the state helped the artisans making traditional products like thanka paintings and wood carvings and turned them into self-reliant people.

The directorate also extended financial assistance to the budding entrepreneurs with an aim to open up job opportunities to the local youth.

Most of the Sikkimese youth depend on either agriculture or government sector for employment.

In August 2003, the directorate was converted and renamed as the Department of Commerce and Industries.

The basic objective of converting the directorate to Department of Industries was to bring about rapid economic change by attracting national firms and MNCs to Sikkim through a set of incentives.

The government is confident of tackling the problems of unemployment by attracting investments to set up business units that leverage its core strengths like food-processing, tea, fruits and traditional vocations.

The industries department is headed by the commissioner-cum-secretary.

The department has its head office in Gangtok (East Sikkim) with two District Industries Centres (DICs).

Sikkim’s industrial sector has seen rapid growth from 2004-05 to 2014-15, according to a study by the Associated Chambers of Commerce and Industry of India (Assocham).

The industrial contribution to the state economy has seen an“exceptional increase” from 28.7% to 60.4% during the 10-year period, mentions the Assocham study.

Sikkim and Meghalaya are the only two states in the northeast region of India where industry grew to a considerable level matching the expectations of the policy makers.