Can I start business in Sikkim

With the availability of key resources - water, electricity and reliable labour -- Sikkim is an investor-friendly state in the north-eastern region.

The state government is offering a package of incentives for entrepreneurs to set up their business units in Sikkim.

The opening up of border trade at Nathula point in 2006 has thrown up immense opportunities for producers to supply a range of utility items to the Tibetan province in China. 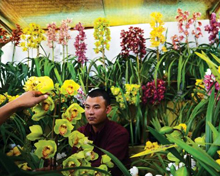 The rising challenge of providing employment to the educated youth of Sikkim is being tackled by introducing a number of promotional steps for rural and traditional industries.

A number of steps are being taken to boost traditional industries such as handloom, handicrafts, cottage and khadi.

For an integrated growth of the state, the government is encouraging the formation of industrial estates and clusters at select locations with a host of incentives.

An integrated approach is being taken for optimum use of natural resources at industrial estates including the creation of infrastructure, marketing facilities and communication networks.

The government is keen to undertake business ventures only in core sectors where it enjoyed traditional advantage.

The state PSUs in the core (thrust) areas are to be revamped to improve their efficiency and functioning.

Sikkim Industrial Development and Investment Corporation (SIDICO) plays an active role in the industrialisation process of the state.

SIDICO provides escort services to entrepreneurs who propose to set up projects valued at Rs 50 lakh or above.

Further, the state government will be creating an organisational system along with marketing support for the newly created industries in Sikkim.

All investments in Sikkim are being cleared through the single window desk without any bureaucratic hassles.

Aiming to be 100% organic state 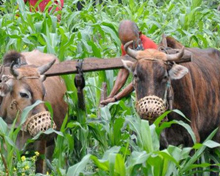 Sikkim is trying to become a fully organic state, that is, no fertiliser must be used in its agricultural practices.

The UN hailed Sikkim for its Human Development Report (HDR) indices as a global best-practice in February 2014.

UN's India representative has pointed out there was no other government under similar conditions that had achieved this much of success in ushering in people's welfare.

The UN report said the tiny state's 15% growth in less than a decade was among the highest of all Indian states and one of Asia's highest.

Sikkim was declared to be the first state to achieve 100% sanitation coverage, thus getting rid of the public defecation on December 8, 2008.

Much scope in hospitality, tourism 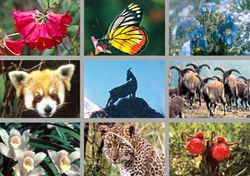 In order to promote tourism in Sikkim, the state government has expressed its interest to partner with the right hospitality investors to improve the physical infrastructure in this region.

As an investor-friendly state, Sikkim is ready to join hands with partners in the tourism sector.

Sikkim is the first state in the north-eastern region to work towards organic farming and has taken several initiatives to develop an eco-friendly tourism circuits.

With an aim to further broaden its tourism market, Sikkim wants private players in the hospitality sector to make their presence felt in the tiny state.

From pilgrim and adventure to eco and wildlife tourism, Sikkim is ready to further expand the interests of foreign and domestic visitors in partnership with private players.