Despite many limitations, Sikkim has registered the third highest growth in employment between 2005 and 2013, according to the results of the 6th All-India Economic Census.

The state has recorded the second highest percentage growth in total number establishments (factories or business units) between 2005 and 2013.

The growth rate of establishments in Sikkim is at 102.92%, which is an impressive 2.5 times the overall national growth of 41.74%. 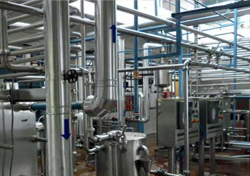 On gender equality in the workplace, Sikkim ranks 5th with the percentage of female workers as 36.52% out of all workers in the state.

Third in per capita income

In 2012–13, Sikkim reported a per capita income (net state domestic product) of Rs 1,42,625 — the highest among the north-eastern states, higher than all states and Union territories with the exception of Chandigarh and Delhi.

Its per capita income is more than double the all-India average of Rs 68,757 in that period.

Out of its demographic mix, 75% of population are in rural areas and over 60% are either directly or indirectly depending on the farm sector.

The rest of the population are involved in either manufacturing or service sector for living.

There has been a gradual shift in the contribution of different sectors to Sikkim’s GSDP (gross state domestic product).

In spite of growing industry share in the GSDP, the movement of labour from agriculture to industry and services has been relatively slow.

In 2011–12, close to 62% of the Sikkimese were employed in agriculture, forestry and fishing compared to the national average of 48.9%.

Only 13% were employed in the secondary sector (mining, manufacturing, electricity, gas, water supply and construction), with more than half of them being employed in construction.

The remaining 25% of the workers are self-employed — almost similar to the national average of 27%.

When further broken down, 6% were employed in wholesale and retail trade as well as in the repair of automobiles and motorcycles.

The impressive growth in Sikkim’s GSDP is due to the commissioning of power projects over the Eleventh Plan period (2007-2012).

The agriculture sector, namely floriculture and horticulture, has performed relatively well during the Eleventh Plan period.

Of the total workers, 62% continue to be engaged in agriculture, forestry and fishing. 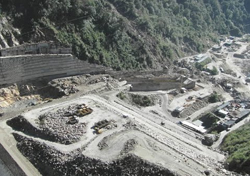 Another 13% of the workers are employed in the secondary sector (mining, manufacturing, electricity, water supply and construction), with more than half of them being employed in construction.

The tertiary sector (services) employed 26% of the workers.

A majority (55%) of this increase was in the category of marginal workers.

The work participation rate has increased by almost 2 percentage points in the decade 2001-11.

Among the marginal workers, about 30% were found to be employed for almost three months.

However, there has been more than 50% increase in the farm labourers and over 44% increase in "other" workers.

With the youth quitting agriculture, increasing tracts of land are lying fallow.

The increasing urbanisation has also led to the sky-rocketing of land prices.

While soaring prices makes land unaffordable to the majority, the state prohibits the selling of land to non-Sikkimese.

Sikkim government is the largest employer in the formal sector.

The job aspirants in the state continue to look forward to employment opportunities in the government.

Educated youth in the urban areas are keen to be employed in the public sector as there are very limited opportunities in the private sector.

But the government can't create new openings in its departments.

Accrding to the State Socio-Economic Survey 2006, 18.5% of the main workforce was employed in the government with 73% of them on the regular payroll.

Nearly 3% of those employed by the government are in the central government and public sector undertakings.

Salaried employees in the private sector accounted for only 5.4% of the workforce.

It is not surprising that Sikkim has a high proportion of self-employed workers given the limited opportunities in the public and private sectors. 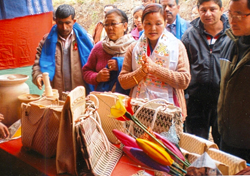 Only Nagaland and Arunachal Pradesh have more people self-employed than Sikkim in the north east.

Another positive factor is that Sikkim has only a small proportion of casual workers (47 per 1,000 labourers).

According to the State Socio-Economic Survey 2006, only 36.3% of the population was found to be working in various enterprises like government-owned, private, household or otherwise.

A further 33% of the population were students enrolled atdifferent levels.

Almost 88% of the unemployed youth were from rural areas and East district accounted for almost 50% of the total unemployed.

More than 75% of these unemployed youth had secondary school or lower levels of education.

Recent estimates by government place the number of unemployed youth at 21,000. 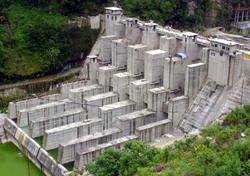 According to the National Skill Development Corporation, Sikkim has about 19,000 units operating in the informal sector providing employment to 68,000 persons.

However, the contribution of unregistered or small manufacturing facilities has dropped from 2% to 1% during 2004–05 to 2009-10.

The government has set up the Sikkim Power Development Corporation (SDPC) to tap the state’s hydropower potential, which is estimated to be around 8,000 MW.

These projects are at various stages of construction and wouldhave an installed capacity of close to 5,350 MW when completed.

The state power policy lays down that the IPPs will have to provide employment to the local skilled, semi-skilled and unskilled manpower as well as create local business and contract opportunities.

The sharp decline in poverty levels as well as better access to higher education have meant that the state has to create more white-collared jobs for the youth who are not interested either in agriculture or manual jobs.

Keeping this in mind, the state has drawn up numerous plans for generating jobs in Sikkim.