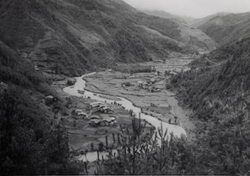 Tiny Himalayan state of Sikkim is surrounded by vast stretches of Tibetan plateaus in the north; the Chumbi Valley of Tibet and the Kingdom of Bhutan in the east; the Kingdom of Nepal in the west and Darjeeling district of West Bengal in the south.

Sikkim is home to around 5,000 species of flowering plants, 515 rare orchids, 60 primula species and 36 rhododendron species.

Hence, the state is a leading cultivator of floriculture in the northeast region. It supplies cut flowers to the mainland consumers.

Tourism is the main revenue earner of the state as it attracts thousands of domestic and foreign visitors with its snow-capped peaks, glaciers and valleys offering exotic views.

It has the third smallest GSDP among the 29 states in the Indian union.

Despite the state's minimal industrial infrastructure, Sikkim's economy has been among the fastest-growing in India since 2000.

Sikkim plans to become the first state in India to transform its agriculture into an entirely organic cultivation by 2015.

Around 24 hydropower projects with combined production capacity of around 6,000MW are under various stages of development.

The conservative estimate indicates Sikkim's income from these power plants to be Rs 900 crore per annum by the end of 12th Plan period (2012-17).

In recent years, the government of Sikkim has extensively promoted tourism.

As a result, state revenue from tourism sector has increased 14 times since the mid-1990s.

Compared to the arrival of 29 lakh tourists in 11th Plan period, the state has targeted 50 lakh arrivals during 12th Plan.

Sikkim recorded 22.8% growth in its GSDP during 11th plan period against the target of 6.7%.

The state's economy is largely agrarian, based on the terraced farming of rice and the cultivation of crops such as maize, millet, wheat, barley, oranges, tea and cardamom.

Sikkim produces more cardamom than any other Indian state, and is home to the largest cultivated area of this spice. 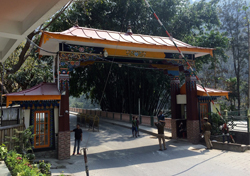 Large production of cardamom and flowers has opened up new opportunities to further develop the state economy.

Because of its hilly terrain and poor infrastructure, Sikkim lacks a large-scale industrial base.

Brewing, distilling, tanning and watchmaking are the main industries, and are mainly located in the southern regions of the state, primarily in the towns of Melli and Jorethang.

Rail and air connectivity as well as optical-fibre networks are being developed in the state to woo industries.

Sikkim comes under the ambit of North East Industrial Investment Promotion Policy 2007 which provides many incentives and concessions for investment.

The state has further invested in a fledgling gambling industry, promoting both casinos and online gambling.

The Playwin lottery has been a notable success in the state.

The opening of the Nathu La pass on 6 July 2006, connecting Lhasa, Tibet, to India, was touted as a boon for Sikkim's economy.

Trade through the pass remains hampered by Sikkim's limited infrastructure and the restrictions on the number of traded goods across the border. However, the volume of traded goods has been steadily increasing. 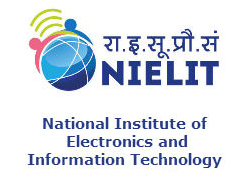