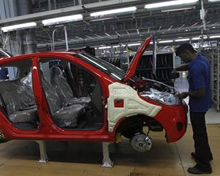 From being an agrarian society to a hub for a range of manufacturing and services attracting capital and skilled workforce, TN has come a long way.

It is now the second largest economy among Indian states and second most industrialised after Maharashtra, but ranks top as the most urbanised state.

The vision document has set a target of 14% annual growth in manufacturing and seeks an investment of Rs 15 lakh crore across industrial activities by 2023. 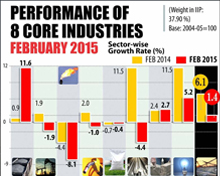 Having a diverse mix of manufacturing activity, the state has the largest number of factories at 42,000 units across verticals in 2014. It has gained core competencies in automobiles and auto components; textiles; leather; chemicals; metals and forgings; pumps and motors; and wind energy. 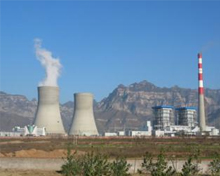 The growth in power supply has not been commensurate with spurt in demand from industries and consumers alike. As a result in the last two years (2013-14), industrial activity suffered due to constant outages during peak times affecting their productivity.

However, in 2015 the power shortage has been reduced with the creation of 4,991 MW made possible through the commissioning of thermal units - Mettur Stage-III, North Chennai Stage-II and three units of TNEB joint venture at Vallur and buying power through long-term purchase agreements with independent producers from the North.

Further, the government is fast tracking a number of on-going thermal projects which will make the state free from load shedding by the end of 2015.

Farming has ceased to be a profitable activity nowadays. With rain playing truant and farmers having to rely on Cauvery flow from Karnataka, this ancient livelihood has become unsustainable at present.

It is up to the government to offer alternative means of livelihood to farmers by training them for gainful employment in other spheres of economic activity.

Quality of life in Tamil Nadu 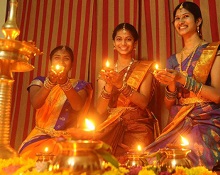 While on the fast track of growth in the industrial sector, the state government is addressing a number of constraints in the social sectors like health, education and water resources through skilful management and exploring the available options to ensure better livelihood.

Compared to past decades, the state has climbed higher in the human development index, but much needs to be done to compete with top ranking states like Kerala, Gujarat, Maharashtra and Haryana.

However, as per the latest study, the lack of drinking water facilities and poor sanitation in villages have pulled down Tamil Nadu to the seventh rank among states in the human development index (HDI).

The overall HDI of the state was 0.661 in 2012 up from 0.465 in 2000. The HDI study of Indian states takes in account three key parameters � consumption expenditure (to gauge income levels), education and health.

In spite of good progress in income and education parameters, the health index has seen only a marginal growth of 15% in the last 12 years, thereby pushing the HDI ranking down for TN.

While the the salary index of the state has risen by 106% from 200 to 2012, the education index has grown by 44% during the same period, thus matching up to the performance of other developed states like Maharashtra.

A people-oriented government that had implemented social projects to uplift the livelihood of communities has earned its dividend in the form of rise in living standards of people across community groups.

The job and seat reservations for the backward classes have led to fragmented workforce in the government and public sector, whereas the private sector in manufacturing and software hire candidates purely on merit. 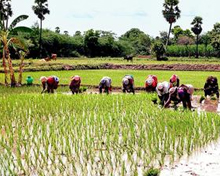 In a way, Tamils pioneered the cultivation of rice as they mastered the art of harvesting paddy crops even during the Sangam era. They lived as a self-sustained community doing other works like spinning, weaving and masonry, among others.