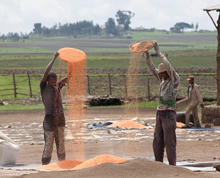 Uttaranchal’s 90 Like other hill states in the country, Uttarakhand too depends primarily on agriculture and related businesses to drive its economic growth. Basmati rice, wheat, soybeans, groundnuts, coarse cereals, pulses, and oil seeds are the most widely grown crops in the state.

Fruits like apples, oranges, pears, peaches, litchis, and plums are cultivated in large scale, thus offering a steady supply to the food processing industry. Agricultural export zones have been set up in Uttarakhand for leechi, horticulture, herbs, medicinal plants, and basmati rice.

Moreover, 86% of all croplands are in the plains while the remaining is from the hills. Other key industries include tourism and hydropower sectors which have untapped potential to generate huge employment to the educated youth of Uttarakhand.

Uttarakhand has also unveiled policies with attractive offers for the development of IT, ITeS, biotech, pharma and automotive sectors. The service sector mainly includes tourism, IT sector, higher education and banking.

During 2005–06, the state has developed three Integrated Industrial Estates (IIEs) in Haridwar, Pantnagar, and Sitarganj; Pharma City at Selaqui; IT Park at Sahastradhara (Dehradun); and a growth centre at Siggadi (Kotdwar).

The per capita GSDP increased at an annual rate of 13.78% between 2004-05 and 2014-15. Uttarakhand is one of the fastest growing states in India with massive growth in capital investments arising from conducive industrial policy and generous tax benefits.

The tertiary sector consisting of services contributes 50.10% to the GSDP of Uttarakhand in 2014-15. 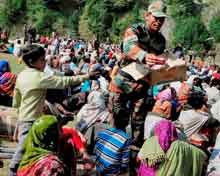 Trade, hotels and restaurants are the largest subgroups of the sector, catering mainly to the tourists and hospitality industry.

This hospitality subgroup registers a strong growth year-on-year with growing number of tourists visiting Uttarakhand. The secondary sector (manufacturing) had the fastest growth of 18.7% followed by the tertiary sector (15.5%) and primary sector (9.5%) between 2004-05 to 2014-15. The share of the secondary sector in GSDP was 35.97% in 2014-15; its growth was mainly driven by the manufacturing sector.

Sugarcane, wheat, rice and potato are the key agricultural products of Uttarakhand. 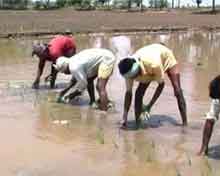 The production of oilseeds and pulses during 2014-15 was estimated to be 36,000tonnes and 62,000 tonnes respectively. The state government aims to set up cold chain storage warehouses in every district by 2022.

The natural resources, policy incentives and infrastructure support investments in the drugs and pharma, biotech, IT/ITeS, mines and minerals, textiles, leather and tourism sectors. Uttarakhand has been successful in attracting long-term investments because of its key industrial and sector-specific policies.

Developing appropriate infrastructure has also been a key strategy of the state to attract investments in various industries. Directorate of Industries is the state-level office responsible for implementing the policies and programmes for industrial development in the state.

Uttarakhand has announced plans to establish a mega food park in Udham Singh Nagar which is expected to be operational by 2018. The state already has one food mega park based in Haridwar. 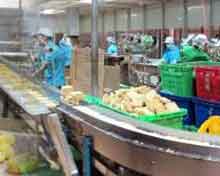 These two mega food parks are expected to contribute $995.35 million to the GSDP of the state. Moreover, the food parks will generate about 30,000 direct and 2.90,000 indirect employment opportunities in the state by 2018.

Many agri-export zones (AEZs) have already been declared under the AEZ scheme of the Centre for products such as litchi, floriculture, horticulture, herbs, medicinal plants and basmati rice.

A biotech park near Pant Nagar is coming up in the state. Uttarakhand is included in the difficult area category by the ministry of food processing industry (MoFPI). Hence units being set up are eligible for higher incentives under the MoFPI scheme.

Fruits such as apples, oranges, pear, grapes, peach, plum apricot, litchi, mangoes and guava are widely grown in the state. These diverse fruits have immense potential for development of horticulture industry like processing units. The state government renders assistance in setting up small and medium agro parks and food parks.

These food parks are expected to provide common infrastructure for storage, processing, grading and marketing.

Proximity to key markets and supply centres of North India further adds to the attractiveness of the state as an investment destination. Pantnagar is a primary location for FMCG companies in Uttarakhand.

In 2014, the state had around 28 cold storage units with capacity of over 84 thousand metric tonnes. Some of the key places in the FMCG sector are ITC Ltd, Dabur India, CavinKare and Hindustan Unilever who have set up huge plants and employ thousands of people from the local community.

ICT sector has received special attention from the state government and ithas been accorded the status of an industry. Several initiatives have been taken to promote the ICT industry in Uttarakhand. 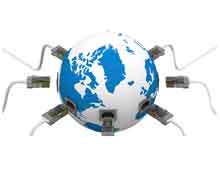 With the setting up of the Software Technology Parks of India (STPI) earth station in Dehradun, the hill state offers high-speed connectivity. There are more such earth stations planned at other locations.

The exports of IT products from the state grew at annual rate of 7.4% between 2009-10 and 2014-15 to reach $350 million in 2014-15. Some of the top companies in the ICT industry who have operations in Uttarakhand are Hiltron, HCL Infosystems, Wipro Infotech and Modi Infotech Service.

Many Indian and foreign companies have set up their manufacturing units in Uttarakhand. They were attracted to the state with the government's emphasis on industrial growth by providing incentives with easy availability of manpower.

Tata Motors, Ashok Leyland, Hero Honda, and Mahindra and Mahindra are some of the well-known automotive companies that have set up units in the state. In May 2015, TVS Tyres announced plans to invest $24.88 million to increase the production capacity of its tyre plants based in Uttarakhand and Tamil Nadu.

In August 2015, JK Tyres announced plans to purchase the tyre unit of Kesoram Industries which is based in Uttarakhand for over $0.33 billion.

The floriculture industry is being developed aggressively to meet the demands of domestic as well as foreign markets. The climate of the state makes it ideal for growing flowers all-round the year.

Floriculture parks with infrastructure for sorting, pre-cooling, cold chain, processing, grading, packing and marketing facilities have been planned to offer incentives and facilities to the industry. 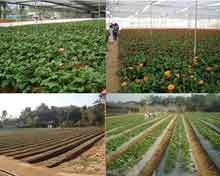 The state’s forest revenues increased at an annual growth rate of 9.5% between 2004-05 and 2013-14 to reach $61.58 million in 2013-14. Forest products have excellent potential for development due to easy availability of raw materials in Uttarakhand.

The state has ample scope to develop industries based on forest and agro-wastes such as lantana, pine-needles, plant and vegetative fibres. Uttarakhand accounts for 6 national parks and 7 wildlife sanctuaries. 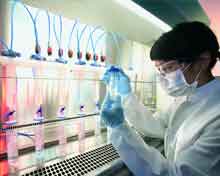 Exclusive parks are to be developed for integrating resources and providing a focused institutional set up for an accelerated growth of biotech industries and bioinformatics. In August 2011, the proposal to set up a biotech park in Uttarakhand was included in the biotechnology programme.

The Uttarakhand Biotechnology Department plans to set up a Centre of Excellence onMountain Biology to support R&D work.

Uttarakhand is a well-renowned religious and wildlife tourism destination. In 2014-15, 22.5 million domestic tourists and 0.11 million foreign tourists visited the state. About 21 new places in Uttarakhand that have the potential to become major tourist destinations have been identified to be developed further.

Jauljiwi in Kumaon and Tons in Garhwal division are planned to be developed as adventure tourism destinations. In the budget 2015-16, the state government has announced plans to invest $33.27 million for the development of tourism sector.