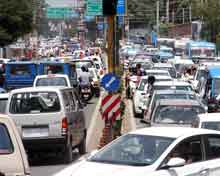 Ever increasing population in the plains of Uttarakhand and the influx of pilgrims and tourists has led to a big jump in the number of road accidents in the state. The traffic situation in Dehradun is getting worse each day. According to some, every day two persons lose their lives in road accidents in Uttarakhand.

Most of the road accidents occur either due to the negligence of drivers, over-speeding or violation of traffic rules on narrow roads of the state. Between January 1 and November 15 in 2013, as many as 636 people died and 1,292 were injured in 1,121 road accidents across the state. While 753 were killed and 1,335 seriously injured in 1,212 accidents in the corresponding period in 2014 (Jan. 1 to Nov. 15), the data say.

Dehradun, the state's capital tops the list of persons injured in accidents with 248, followed by 232 in Haridwar, 218 in Udham Singh Nagar, 153 in Tehri and 145 in Chamoli. The roads in the state are turning deadly, with Udham Singh Nagar district topping the tally in terms of road accidents. The severity of road mishaps is rising steeply over the years, laying bare the tall claims regarding enforcement of road safety norms by the department concerned. 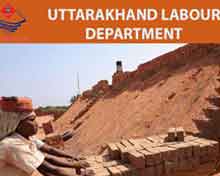 The district administration, police and transport department have failed badly in taking measures to improve road safety. After expressing concern over road accidents, the police department has sought the help of other government agencies and NGOs to control the traffic chaos on Dehradun roads.

Police also holds regular drives to make citizens aware of the importance of following traffic rules. The City Patrol Units (CPUs) have in a way accomplished their goals by reducing traffic accident cases and motivating residents to follow traffic rules and regulations. Road accidents in mountainous areas of Uttarakhand result in the avoidable death of commuters. Uttarakhand police have acknowledged the urgent need to step up their efforts and streamline their functions in order to curb road accidents.

Human error the prime cause 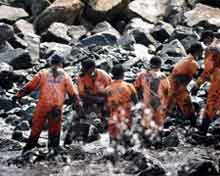 The private cars, trucks and buses coming up from the plains are the main victims of the accidents as the drivers are tired and fail to take precautionary steps, the prime reason for rising accidents on ghat roads.

Since driving in the hills is a tough task, the police urge tour operators to have two drivers for a bus. The traffic department also advise bus drivers to do a night halt at Haridwar before proceeding to the hills.

According to data, in 2013 Udham Singh Nagar recorded the highest number of road accidents with 318 accidents, followed by Haridwar (249), Dehradun (244), Nainital(149), Chamoli (62), Rudraprayag (24), Champawat (24), Almora and Tehri (15 each), Pauri (13), Pithoragarh (5) and Bageshwar and Uttarkashi (4 each). Officials said road danger is a man-made crisis, with human error accounting for over 90% of road accidents occurring in different parts of the state. 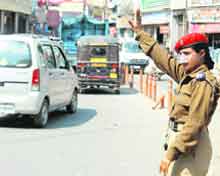 12 head constables and 30 constables from different police stations were deputed to the traffic department in Dehradun in September 2015 to ease road congestions in the capital city. The problem of staff shortage was acutely felt as there was growing cases of road mishaps in Dehradun.

Police personnel who had taken part in traffic training in 2004-05 were asked to give their names for duty in the traffic department which is finding it difficult to control the traffic snarls. The idea of deploying personnel from the Provincial Armed Constabulary (PAC) for traffic duty is also being pursued in Dehradun.

Social activistsclaim the traffic situation had gone haywire due to shortage of personnel. Dehradun police has been asking for increasing the strength of its traffic personnel as there is still need for more constabulary on the streets. 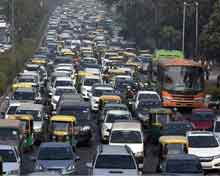 Although police have made elaborate plans to ensure smooth plying of commercial and private vehicles, traffic chaos has become a regular feature around Vidhan Sabha during the legislative session.

Traffic policemen are deployed at crossings to resolve congestion in case of rallies being staged. However, these arrangements seemed to have failed to spare commuters the inconvenience due to long snarls in the city. Commuters, including office goers and schoolchildren, were forced to walk the few kilometres to avail the facility of public transport system.

Police personnel walk along with agitators on rally routes, but to no avail. Additional traffic personnel are deployed at important inter-crossings in Dehradun to ensure smooth flow of traffic. The traffic is also being diverted if necessary at busy junctions to avoid the vehicle congestion during festival days in Dehradun.

Strict instructions were already given to police personnel to impose penalty on traffic offenders. However, the residents lament the absence of police force at barricades placed on Haridwar Road, Shastri Nagar, Defence Colony Road and Haridwar bypass road during morning and evening hours was a major reason behind traffic jams near Vidhan Sabha.

According to them, diverting traffic would not be solve the problems till adequate number of police personnel are deployed at all important junctions in Dehradun, especially during peak hours.