Manipur is situated in the eastern-most corner of northeast India. The state shares borders with other north-eastern states of Nagaland, Mizoram and Assam and the neighbouring country of Myanmar.

Due to its wealth of flora and fauna, Manipur is described as a "flower on lofty heights", "a jewel of India" and "Switzerland of the East". Its scenic beauty makes it a tourist's paradise. 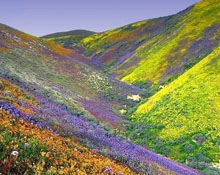 Flower on lofty heights in Manipur

Manipur has the advantage of acting as India's 'Gateway to the East' throughMoreh town, which is the only feasible land route for trade between India and Myanmar and other Southeast Asian countries.

With about 3,268 sq. km of area covered by bamboo forests, Manipur is one of India's largest bamboo producing states and a major contributor to the country'sbamboo industry. Manipur has the highest number of handicraft units as well as the largest number of craft persons comprising skilled and semi-skilled artisans in the entire north-eastern region.

Handlooms is the largest cottage industry in Manipur and the state ranks among the top five in terms of the number of weaving looms in the country. The gross state domestic product (GSDP) of the state grew at a compound annual growth rate (CAGR) of 7.8% from 2004-05 to 2014-15.

At current prices, the total GSDP of Manipur was about $2.4 billion in 2014-15. Manipur has one airport in its capital Imphal and Air India provides air cargo services. Four national highways run through the state.

The railway line under construction on the Manipur-Assam border is a national priority project. Manipur has a land area of 22,327 sq. km and a pollution free environment as people are mostly engaged in farming and village-based crafts.

The economy of Manipur depends mainly on the agricultural sector for it is the biggest livelihood source for the rural people. The various kinds of crops grown in Manipur are rice, maize, pulses, and wheat.

The cultivation in the state is done using the jhumming and terraced cultivation methods. 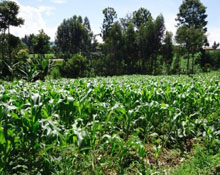 Various kinds of fruits and vegetables such as pineapple, orange, mangoes, lemons, carrot, ladies finger, cabbage, and pea are also grown in Manipur.

The agricultural sector contributes a great deal of revenue to the economy in Manipur.

The Manipur economy also gets its a major chunk of revenue from the forest produce as the state has dense jungles over the hills and towards the border with Myanmar.

A whole range of forest produce including timber and value-added items are sold across the country, apart from carting to export markets.

There are many areas of traditional strength and new opportunities that justify investment in the remote and scenic Manipur tucked away next to Myanmar. In recent years, a drastic shift was observed in the sectoral contribution from secondary to tertiary sector with respect to economic output.

The overall performance of the economy of the state over the years has been encouraging. In 2014-15, the tertiary sector (services) contributed 56.2% to the gross state domestic product (GSDP) at current prices, followed by the secondary sector at 22.4%.

The tertiary sector grew at an average rate of 11.9% between 2004-05 and 2014-15, driven by trade, hotels, real estate, finance, insurance, transport, communications and other services.

Its growth was mainly driven by construction and manufacturing.

The primary sector (agriculture) grew at an average rate of 6.2% between 2004-05 and 2014-15. Manipur has abundant natural resources that offer potential for the development of infrastructure and industrial sectors. 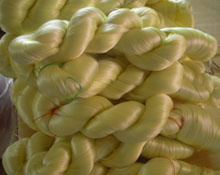 The following are some of the major initiatives taken by the government to promote Manipur as an investment destination: