A number of archaeological evidenced in the form of copper plates, coins and inscriptions indicate the early development of a literate culture in Manipur. There are manuscripts written in the old Meitei (Mayek) script on history, religion, medicine, dance and warfare.

Among the Naga tribes, traditional education was imparted in the Morung or dormitories for the adolescent, unmarried youth of the village. It was an interesting dichotomy to note between the education system in the hills and that in the valley.

The hills people had a well-developed universal system of imparting basicskills for social and economic survival like weaving, hunting, dancing, martial arts and warfare. Moreover, they relied entirely on an oral tradition in dormitories.

But those in the Manipur valley had an exclusive but highly developed literary and scholarly tradition for the nobility and elite. The advent of British rule brought in its wake rapid changes in the system of learning. One view is that the main objective of the colonial rulers in educating the tribal people was to equip them to assist the government in clerical work.

Before and after Independence

The American Baptist missionaries were the first to spread modern education in English in the hills, using the Roman script. On the 6 February, 1894 William Pettigrew started a school at Singjamei ThokchomLeikai, Imphal.

The said school is still at its original place as a Junior High School. Soon Pettigrew shifted his missionary activities to Ukhrul and started another school at Ukhrul on the 10th February, 1897.

It was the first school in the hills. The efforts of his successors helped to convert most of the hill inhabitants to Christianity. By 1936, there were altogether as many as 60 schools in Manipur. The first college was established in 1946 in Imphal.

After the World War-II there has been a sharp increase both in the number of schools and enrollment in Manipur. Since Independence, with liberal funding from the central government elementary and school education got a big boost with spread of awareness on education.

Also, the number of professional colleges and specialised institutions stood at 40 in 1998-99.

During the period from 2007-12, number of out-of-school children reducedfrom 54,351 to 21,340 in Manipur. Remedial teaching has been conducted for students who are poor in Science, Mathsand English. 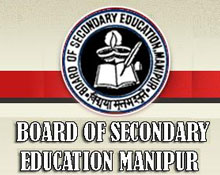 Education Board of Manipur

Under the 12th Five Year Plan (2012-17), it has been envisaged to cover all hill districts with school buildings as there are 39 schools without classroom in Manipur as on September 2015.

One of the focus areas is to improve the Science and Maths teaching facilities in hill area schools. As part of human resource development, the government has proposed to construct 300 schools in six ADCs (autonomous district councils) at a total cost of Rs 137.77 crore.

Higher education has expanded over the years in Manipur both in terms of the number of institutions and enrollment of students. From only one college in 1946-47, at present higher education is imparted through 2 universities and 68 colleges including 7 women colleges.

But most of the colleges are concentrated mainly in the valley districts. Of these 68 colleges affiliated under Manipur University, 28 colleges are under government management including 2 colleges of teacher education, one medical (RIMS) and one law college (LMS Law College).

The number of aided colleges is 6 and remaining are privately managed higher institutions including 3 law colleges and one college of physical education. In terms of enrollment also, there has been a massive expansion in higher education. From only 60 students in 1947-48, it rose to 35,424 in 2001-2002.

The share of girl students to the total enrollment has also increased considerably, from only 2.01% in 1950-51 to 44.3% in 2001-2002. But the progress of higher education needs course correction has most of the colleges in Manipur suffer from dearth of quality faculty and poor standards of education.

The norms set out by the UGC are ignored in recruiting the teaching faculty. As a result there is a widening gap between the students and teachers resulting in very little interaction or intellectual discourses on the campus.

In such a lacklustre milieu, even the serious-minded students do not have much of a chance of developing their potentialities. The higher education system has contributed to the problem of unemployment in Manipur.

There has been increase in the number of unemployed graduates in the faculties of science, arts and commerce. But the state government cannot provide employment to all the graduates coming out from the general colleges.

Due to lack of job opportunities with very little industries or openings in government department, educated youths have no choice but to migrate to other states in Indian mainland. 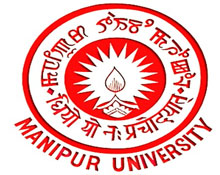