Can I start business in Manipur 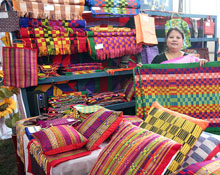 However, Manipur is plagued by a number of existential problems like insurgency, civil strife and prolonged mass agitations that keep investors away from this beautiful hill state. The ever-presence contingents of Army battalions patrolling the violence-prone areas of Manipur show the delicate peace prevailing in Manipur.

It must be noted that are over two dozen militant outfits that are heavily armed with the backing of India's hostile neighbours as they challenge the sovereigntyof Indian dominion. In such a volatile and terror prone state in the north-eastern region of India, one cannot expect the businessmen to invest in setting up their enterprises.

With nil industries, Manipuris are engaged in traditional vocations like handlooms, handicrafts, food processing and basketry (out of bamboo) for earnings to sustain their livelihood.

To facilitate investment in Manipur, the state government has set up single window facilitation for the benefit of potential investors. The escort mechanism provides the coordination with departments for all services and clearances required for the expeditious setting up of industrial units.

With an aim to promote investments, the department of industry is offering the single window facility through a ‘Green Channel Committee’ of officials from all other concerned departments. 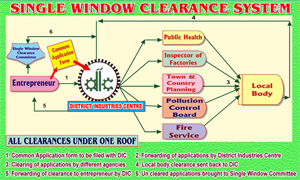 This high-level committee is facilitating the expeditious clearances and government approvals required by the entrepreneurs. The state-level single window agency would consider and approve all projects of investment up to $9.2 million in each case including industry, tourism, IT, bio-technology, food processing and infrastructure.

All new units, except those in the IT sector, would need to obtain clearance from the Manipur Pollution Control Board. Clearance from the department of environment and forest is required prior to setting up new units in areas other than industrial estates, growth centres, export promotion industrial park, IT parks, Integrated InfrastructureDevelopment Corporation and declared industrial areas.

The corporation provides assistance and support services in the field of technical, financial, marketing, etc., to food processing units. 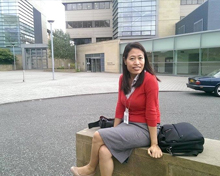 Cost of doing business in Manipur