Manipur being a hilly terrain, it requires such an infrastructural set up which provides physical accessibility to all parts of the state. Adequate and efficient provision of a well-connected road, rail, and aviation network is an important pre-condition for the social and economic development of the state.

Besides, a sound telecom and power infrastructure is necessary to improve the quality of life. Imphal, the state capital, has the second largest airport in the northeast region of the country. The Imphal airport is well connected by air with Delhi, Kolkata and Guwahati.

The national highways in the state link it with the rest of the country. Almost all the villages of the state are connected by all-weather roads. 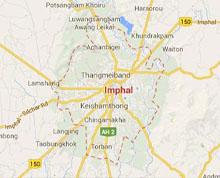 Manipur has ten national highways (NH), the arterial one being NH-39. The NH-39 connects lmphal with Dimapur in the neighbouring state of Nagaland. From Imphal, it runs for another 110 km south-east to the international border town of Moreh on the Indo-Myanmar border.

The NH-53 is also another major highway that connects Imphal with Jirighat on the Manipur-Assam border. The NH-150, the other crucial highway, runs southwards, connecting Manipur with Seling in Mizoram.

The Central government has a trilateral agreement with Thailand and Myanmar to construct a trans-Asian highway connecting India (through Manipur) to the two countries.

Airport and railways of Manipur

Manipur has a domestic airport in Imphal - the Tulihal airport, which is located about 8 km from the heart of the city. 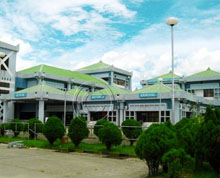 Imphal airport is the second-largest airport in the north-eastern region with postal air cargo services for six days a week.

A new terminal building with cold-storage facilities is in the pipeline. The major functional rail head linking Manipur with the rest of India is at Dimapur in the state of Nagaland, 215 km away from Imphal.

A railway-line from Jiribam (on the Manipur-Assam border) is under construction as a national priority project. This railway line is expected to connect Imphal with the rest of India by 2016 and is estimated to cost nearly $737.4 million

As of June 2014, Manipur had a total installed power generation capacity of 178.80 MW. It consisted of 127.94 MW under central utilities and 50.86 MW under stateutilities.

Of the total installed power generation capacity, 80.98 MW was contributed by hydropower, 92.37 MW was thermal power and renewable power contributed 5.45MW of capacity. Hydropower majors such as Satluj Jal Vidyut Nigam Ltd (SJVNL) and National Hydroelectric Power Corporation Limited (NHPC) are jointly setting up a mega hydroelectric power project at Tipaimukh, with an investment of $2 billion.

On completion, the project would have six generating units of 250 MW each totalling to 1,500 MW. The state has a hydropower potential of about 2,000 MW. In 2012, per capita power consumption in the state was 207.2 kWh.

As of March 2014, the state had achieved 86.3% of village electrification.

Telecom and urban facilities in Manipur 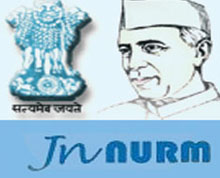 As of May 2014, the north-eastern states of India had 9.5 million wireless subscribers and 1,36,892 wire-line subscribers. As of March 2013, Manipur had 1,89,884 Bharat Sanchar Nigam Limited (BSNL) telephone connections.

Under the Jawaharlal Nehru National Urban Renewal Mission (JNNURM) three UIG projects costing $25.5 million have been sanctioned in Manipur as of March 2014. As of March 2014, a total of $15.4 million was released for the UIG (urban infrastructure and governance) projects under JNNURM.

The UIG projects have been sanctioned between 2007-08 and 2009-10. Key areas of development are solid waste management, preservation of water bodies and drainage/storm water drains.

Under the UIDSSMT (urban infrastructure development scheme for small and medium towns), $13.7 million has been allocated for development of water supply systems in Thoubal, Kakching, Jiriban, Moirang and Bishnupur.