A jewel in India's industrial crown 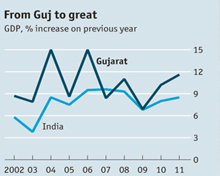 A pioneer in the industrial sector, Gujarat is one of the most advanced and prosperous states of the country.

Gujarat is located on the western coast of India and has the longest coastline of 1,600 km in the country.

The state shares its borders with Rajasthan, Madhya Pradesh, Maharashtra and the Union territories of Daman and Diu and Dadra and Nagar Haveli.

The Arabian Sea borders the state both to the west and the south-west.

Moreover, the region is popular for cotton, peanuts, dates, sugarcane and petrol. Gujarat produces about 91% of India's required amount of soda ash and accounts for 66% of total salt produced in the country.

Chemical industries in Gujarat account for more than 35% of total production in the country. It is one of India's most prosperous states, having a per-capita GDP of Rs 1,06,831 which is significantly above India's average of Rs 98,983 for 2014-15. 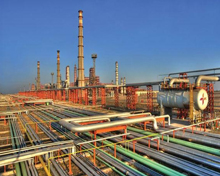 The state has a very strong presence in the petroleum sector and is considered the petro capital of India.

The state attracted cumulative FDI worth $9.6 billion from April 2000 till May 2014 and is the second highest recipient of FDI in India after Maharashtra.

Gujarat exports nearly 60% of cotton produced in the country. Overall, the state contributes around 25% to India's total export of goods.

The state has world-class infrastructure with 42 major, minorports, 13 domestic airports and one international airport catering to global travellers.

Gujarat is the only state in the country which has exclusive policies in all the key sectors such as industry, power, ports, roads, agriculture and minerals.

The industrial policy offers a host of incentives and concessions for the investors. 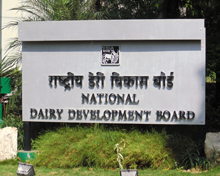 Plans are on the anvil for the setting up of brown and green fieldprojects with environment-friendly processing standards in the textiles sector.

The state government is keen to attract Japanese investment to develop railway lines from the rear ends of automobile plants to ports like Mundra and Pipavav for exports. 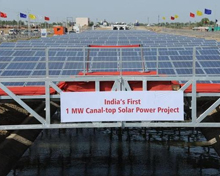 With a dry tropical climate and a soil not conducive for the cultivation of staplecrops like rice and wheat, the state has instead built up its global trade networks earning precious foreign exchange.

At present, nearly 25-30% of sea cargo of India passes through Gujarat ports.

Gujarat's GDP growth under Narendra Modi's tenures as CM from 2001 to 2012 averaged almost 10%, a much faster rate than India as awhole.

Sustaining high growth by a richer state like Gujarat (others being Maharashtra and Tamil Nadu) is no mean achievement.

In fact, Gujarat has moved from a deficit in electricity generation in 2002, to a surplus despite the huge energy demands of a fast growing economy.

As a matter of fact Gujarat is one of the few states in India to have invited private sector in the energy sector and these firms are already into operating power plants.

All its 18,000 rural villages are well-connected to the state power grid and there is no paucity of drinking water.

The emphasis on providing basic amenities like food, clothing and shelter has been the notable feature of Gujarat development model.

Extending this concept to the industrial front, the state government made vast tracts of land readily available for industrial development.

In 2008 Tata Motors shifted the site of its upcoming plant to make the small car Nano from West Bengal to Sanand in Gujarat after controversy broke out over its original site. 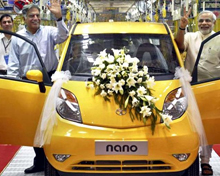 Tata Sons chairman Rata Tata got an SMS from then Chief Minister Modi assuring a ready plot for his car factory and its vendor suppliers.

Caught in land disputes in West Bengal over the proposed factory, Tatas swiftly changed the location to Sanand.

Following Tata Motors, other companies including MNCs have started operations from various sites in Gujarat.

Ford has drawn up plans to open a production unit in Sanand in later half of 2015.

Factories and industrial clusters mushroom in Gujarat becausepermits and clearances are given without delay as the bureaucracy too chips in with its efficient work to implement the policies.

Using IT to woo investors of Gujarat

While the eco-system for speedy growth was there even before the arrival of Modi, the latter is quite successful in leveraging the potential of IT sector to speed up industrialisation.

Modi was the first to adopt IT systems in the country to offer a range of government services that cut down corruption and made officials accountable to the public. 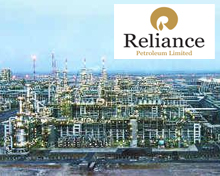 In this Prosperity Index, Gujarat was ranked 15th in a list of 142 nations and was much ahead of many developed countries. 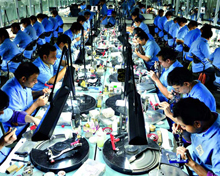