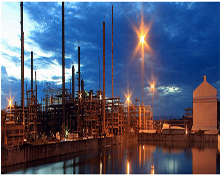 Peace and stability of the region are key factors that weigh in the minds of the potential investors willing to start a business or set up a factory in a state.

But in the case of Assam which is beset with insurgency and ethnic violence, even the security of a company's staff and machinery are at the stake. In such a fear psychosis, no investor will be willing to risk their capital in a state vulnerable to such disruptive activities.

However, the state government has come out with a number of incentives, tax breaks and fiscal sops for investors to run their operations without any hassles in a safe, peaceful environment.

Capital Subsidy for Business in Assam 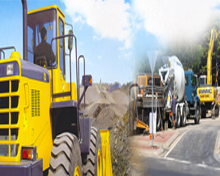 New micro units will be granted acapital subsidy of 30% on the amount spent on workshop shedrequired for production activities, plant and machinery, cost of land, installation and internal electrification subject to a maximum of Rs.10 lakh and also the investor should not have claimed a similar subsidy under any other scheme of the central or state government earlier.

A number of small, micro units based on agriculture or weaving thrive in Assam by making full use of the traditional craftsmanship of the people which help these small companies to produce useful products that are sold readily the NE markets.

All eligible units will be entitled for exemption of tax payable under the Assam Value Added Tax Act, 2005; the Central Sales Tax Act 1956; and Assam Luxury Tax Act 1989.

For micro units, VAT (value-added tax) is exempted for 15 years.

The government has announced VAT exemption for units set-up in plastic, bamboo, food,and tea parks and such facilities developed in-collaboration with state and central governments.

All eligible micro, SSI, medium and large scale units (including state PSUs)are entitled for exemption of entry tax on plant and machineries brought from other states.

New hotels will be exempted from luxury tax to the extent of 50% for ten years in addition to exemption of entry tax on plant andmachineries.

Subsidy for quality certification of Assam

The fee payable for obtaining BIS, ISO, FPO and Agmark certifications and fees payable for getting technical knowhow from the recognised research labs or institutions like CFTRI and CIPETby the eligible units will be subsidised to the extent of 75% subject to a ceiling of Rs.2 lakh per unit. 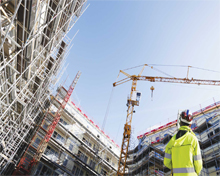 Projects with large capital investment with a minimum of Rs100 crore or offering direct employment to a minimum of 1,000 peopleare being given the 'mega project' status.

Ahigh-power committee is considering the additional incentives to be provided to such projects in case to case basis. The mega project status is being given to a single integrated unit fulfilling the criteria with infrastructure facilities and capital outlay.

All incentives under the mega project policy can be claimed only after obtaining the eligibility certificate from the authorities.

How to start a Small Scale Industry in Assam? 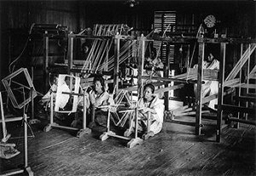 All the micro and small units would have to apply in prescribed format to the concerned District Industries and Commerce Centre (DICC) of Assam along with the documents and checklist prescribed under the guidelines.

On receipt of the application for the micro units, the DICC will decide the proposals as per the guidelines.

The eligible cases of SSI units would be forwarded to the Commissioner of Industries and Commerce, Assam. After proper scrutiny and field verification, the member secretary of the committee will place the proposal to the respective panel for its final consideration.

In case of medium and large enterprises, the unit would have to apply in prescribed format along with the documents and checklist prescribed to Assam Industrial Development Corporation (AIDC). After proper scrutiny and field verification, the member secretary of the committee will place the proposal to the respective panel for consideration.