This is a mini marathon race for political parties in Tamil Nadu, as the state is all set to go to by-polls on April 18, 2019 for the 18 assembly seats out of 21 seats. Elections will be taking place in a single phase and the results will be announced on May 23. Political parties should file their nominations between March 19 and March 26. The last date for withdrawal of nominations is March 29.

These seats have been lying vacant for many months now. Assembly by-elections in three constituencies namely Ottapidaram, Aravakurichi and Tirupparamkundram will not be held due to pending cases in the court. Along with the assembly elections, Parliamentary elections for 39 seats will be conducted on April 18.

It should be noted that this election is also called as the acid test for several parties and their leaderships, since Tamil Nadu is facing the first election after the death of 2 top personalities - former Chief Ministers J Jayalalithaa and M Karunanidhi. By-polls are also termed as mini assembly election, since the ruling AIADMK needs to win 4 seats in order survive. The total strength of the Tamil Nadu Assembly is 234. With the demise of DMK MLA M Karunanidhi and AIADMK MLA AK Bose, the number is reduced to 232 including the speaker. 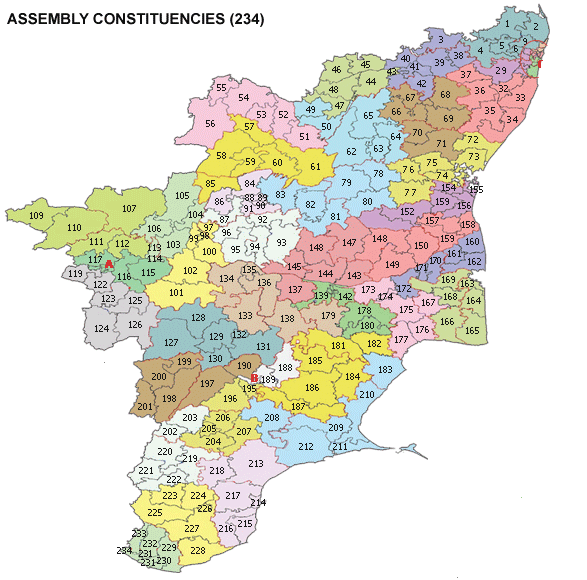 After Independence, Indian National Congress dominated the political scene in the initial years. The Congress had top leaders like C. Rajagopalachari and K. Kamaraj. But the political power began to shift. Rise of regional politics saw the growth of Dravidan Parties in the late 1950s.

Since Independence, Tamil Nadu has conducted 14 assembly elections and 15 Lok Sabha polls. While the state legislature has 234 seats (or constituencies), it has 39 Lok Sabha constituencies, that is, the number of MPs who represent the state at Parliament in Delhi in the Lower House.

For the Rajya Sabha or the Upper House of Parliament, the state legislator elects 18 members through an "indirect process". 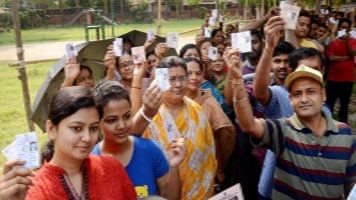 Tamil Nadu politics is dominated by Dravidian parties and in a way, electoral battle lines are drawn between the two main political fronts - DMK and AIADMK - and other parties including the Congress, BJP, Left Front, other regional parties like PMK and DMDK align with either one of these main players as the third alternative front is yet to emerge in Tamil Nadu.

Also, either DMK or AIADMK extend its support (either as part of the government or from outside) to the Central government in Delhi depending upon the prevailing situation in national politics.

Created in 1685, the Madras Presidency was administered by a President who was advised by an executive council for administering this vast province which comprised the present day regions of Tamil Nadu, parts of Andhra Pradesh, Karnataka and the entire Kerala.

The Indian Councils Act 1861 brought in the legislative council to the Madras Presidency and its members were all nominated.

In November 1920, as part of the Montagu-Chelmsford reforms, the structure of the legislative council was modified with the inclusion of elected members and the first elections were held in December 1920.

From 1920 till independence in 1947, regular elections were conducted in an interval of three years, except during the World War-II period.

Initially, the electorate was limited to zamindars, district board chairmen, rich and influential people in the Madras Presidency.

The Justice Party won a majority in the provincial assembly in the 1920, 1923 and 1930 elections during the colonial times.

It did not contest the 1920 elections and contested and won as a part of the Indian National Congress in 1937.

The Madras state was created in 1950 as part of state reorganisation after India became republic. In 1968, the name of Madras state was changed to Tamil Nadu after a series of protests by anti-Hindi agitators and nationalists who even demanded the separation of this state from the Indian Union to form an independent nationhood.