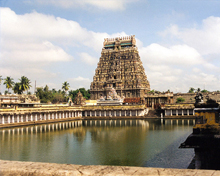 Hindu pantheism and its rich cultural elements are best showcased in the temples with its architectural splendor invoking an ancient heritage.

Tamil Nadu is a land of temples and a foreigner visiting the state usually gets puzzled over these quaint, high rise structures with many statutes of deities and filigree carvings decked up on these towers.

For the devout interested in seeing all the major temples at one-go, TTDC has arranged special packages in which one can visit these ancient shrines leisurely and have darshan of his or her favourite deity.

Even those residing in the state for long, set aside time each year to go on a pilgrimage to temples as a spiritual rejuvenation. 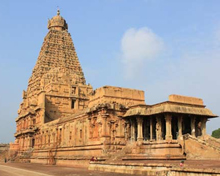 Until about 700 A.D., temples were scooped out of caves. The Pallava kings (till 900 A.D.) carved out giant monuments out of rocks in mountains. During the Cholas (900-1250 A.D.), many towering gopurams were built with decorative mandapams (or halls) to temples.

The Brihadeeswarar temple in Thanjavur built by Raja Raja Chola-I bears testimony to the craftsmanship of those times.

In the period of Pandyas (up to 1350 A.D.), huge towers with high wall enclosures and towered gateway began to appear in temples.

Here are the list of some of ancient temples in the state which are renowned both for its religious value and tourist attraction: 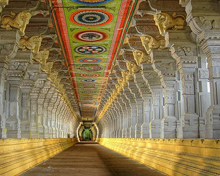 In Chennai alone, there are numerous temples – Kapaleeswarar temple, Mylapore; Parthasarathy temple, Triplicane; and Palani Andavar temple, Vadapalani, to name just a few – which get steady patronage by the locals and domestic tourists.

While Kancheepuram occupies a pride of place in TN being the birth place of DMK founder Annadurai, it also boasts of temples that are being patronised by Saivite, Vaishnavite devotees over centuries.

Likewise, Nataraja temple in Chidambaram is devoted to Lord Shiva and gets year-long visitors from all over India.