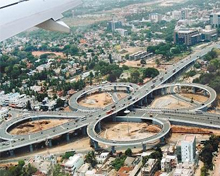 While the services and industry sectors contribute 65% and 30% respectively to the GSDP $80 billion for 2013-14 of the state, the key to notch up steady growth has been the infrastructure sector comprising roads, ports, rail, sea and air connectivity that assure seamless conduct of business processes.

Having a total investment of $16 billion from April 2000 to December 2014, TN is the third largest recipient of FDIs in the country. It is also the most urbanised state (49% live in urban areas) thanks to a strong road network of 2 lakh kilometres and second largest power generation capacity in India with an installed capacity of over 20,000MW.

The road density is 177 km per 100 sq km which is better than the national average of 148 km per 100 sq km. It is no denying the fact that better road connectivity has led to growth explosions in the hinterland.

On the digital front too, the state has the largest telecom bandwidth and highest tele-density in India with 14.8 Tbps, 3 submarine cables and 8.4% of total subscriber base in India.

Transportation and Industrial Infrastructure in Tamilnadu 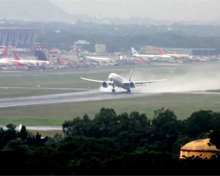 If you are seeing more businessmen from abroad visiting Chennai and other major towns of the state in the last two years, then it is not a surprising thing as this is the result of modernisation and expansion of 4 international airports in the state (the first to have such facilities in India).

With four expansive ports, the TN has 15% of the capacity of all major ports in the country, thereby facilitating the export and import of cargoes which serve as inputs for industrial growth.

Foreign investors usually look at options like better air and sea connectivity before setting up their plants and the state has attracted the much needed investment from abroad by showcasing its strength in infrastructure.

On the issue of productivity, the state has 20 industrial parks and 28 functional SEZs that drive the economy of the specific locality through employment and income generation. For years, the state has been a leader in renewable energy mostly wind and solar with an installed capacity of 8,000 MW. 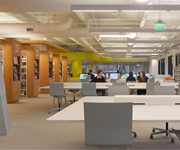 Tamil Nadu has the highest number of engineering colleges (550 colleges) which produce nearly 2 lakh graduates each year across various technical streams. On a broader level, the state witnesses the graduation of 10 lakh students per year from all institutions of higher education including engineering, medicine, arts and sciences, diploma holders and ITI In the healthcare, the state boasts of 300 multispecialty hospitals with 12,500 well-trained doctors.

The grand policy document aims at sustaining the GSDP at 11% in the next decade or so in order to achieve a per capital income of $10,000 per annum in the state.

Further, the emphasis would be to increase the budgetary allocation to infrastructure projects to at least 10% of GSDP.

The focus on all growth projects will be on the universal access to housing, basic urban services, irrigation, healthcare and skill development to the people of the state.

Tamil Nadu Infrastructure Development Board (TNIDB) set up under a new Act of the legislature is envisaged as the nodal agency for infrastructure projects.

TNIDB plays a crucial role in infrastructure growth by completing projects in an efficient, seamless and transparent manner.