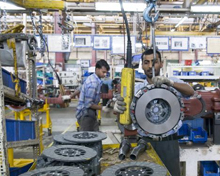 Leading industrial growth and social change in the country, Maharashtra has been the powerhouse of economic progress in South Asia.

Nearly 64% of its people are employed in agriculture and allied activities.

The industries in Maharashtra contribute 25% of the all India output from this critical sector.

The state has had a long history in textiles and Mumbai was the original home of India's textile mills.

Solapur, Ichalkaranji, Malegaon and Bhiwandi are some of the cities that have established a brand identity of their own in textile industry.

Sugar industry has made considerable progress especially in the co-operative sector.

Maharashtra is well known for the development of co-operative sugar industry whereby the farmers acquire a share in the sugar mills. 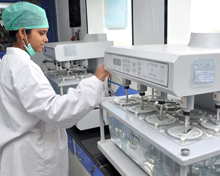 Pharmaceuticals, petrochemicals, heavy chemicals, electronics, automobiles, engineering, food processing, and plastics are some of the major industries in the state.

Small scale industries have also come up in a big way in the state.

The state capital Mumbai and the Mumbai Metropolitan Region (MMR) have historically been the most industrialised area in the state.

Industrial development in the state is largely concentrated in the Pune Metropolitan Area, Nashik, Aurangabad and Nagpur.

The six important industries in the state are cotton textiles, chemicals, machinery, electricals, transport and metallurgy.

Pune is emerging as one of the largest automobile hubs in the country.

In order to expand the industrial growth across the districts, the government had established Maharashtra Industrial Development Corporation (MIDC) in 1962.

MIDC provides businesses with infrastructure such as land (open plot or built-up spaces), roads, water supply and drainage facilities, among others for setting up their factories (industrial units).

More than 250 industrial areas have been developed around the state with emphasis on different sectors such as core manufacturing, software, pharmaceutical and wine.

Maharashtra has established a strong presence in many sectors including engineering, electronics, hardware, automobiles and auto components, consumer durables, chemicals, petrochemicals, pharma, IT and biotechnology.

The state government has several policies in place to set up the right kind of business climate in the state.

These policies aim to encourage investment into various sectors in the state, thereby contributing to the overall development of the economy.

Total foreign direct investment (FDI) in the state stood at $73.12 billion from April 2000 to March 2015, the highest among all states in India. 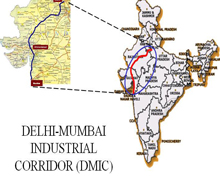 Major projects on the anvil

Till December 2014, in all about 2.12 lakh micro, small and medium enterprises (MSMEs) were functioning in Maharashtra with investment of Rs 50,637 crore and 26.9 lakh employment. 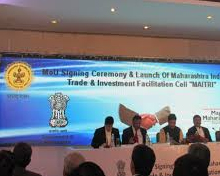 As per the provisional results of Annual Survey of Industries (2012-13), the state is at the top position in terms of gross value added, fixed capital and emoluments to employees.

In order to boost industries, the government has taken steps like reducing the number of approvals, single window facilitation through MAITRI (Maharashtra Industry, Trade and Investment facilitation cell) and creation of e-platform for clearing new investments.

For ushering in economic growth in backward areas, the state has repealed the river regulation zone policy and offered additional FSI for new units in agriculture zones among others. 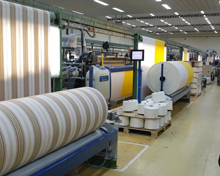 To recognise the efforts of the exporters and further boost their productivity, the state is taking initiatives like giving awards based on export performance and implementing space rent subsidy scheme for SSI units for participation in exhibitions.

The state has approved 417 mega and large projects during the period from August 1991 to November 30 2014 by way of MoUs with an investment of Rs 3.38 lakh crore and proposed employment of 3.67 lakh people.

Of these, 119 projects with an investment of Rs 40,771 crore and proposed employment of 76,000 people were commissioned.

While 121 projects with an investment of Rs 92,590 crore and expected employment of 1.14 lakh people are under execution.

Maharashtra is at the top position among states in terms of gross value added, fixed capital and emoluments to employees with share of 19.6%, 15.9% and 19.8% respectively at all-India level, according to the Annual Survey of Industries (ASI 2012-13).

In terms of number of factories, the state is at second position in the country with share of 13%.

The contribution of the state in total value of output, working capital and in the net value added (NVA) in the country was 16.9%, 17.1% and 20.3% respectively.

The state has adopted the Special Economic Zone (SEZ) policy with effect from February 2006 to boost the economic growth.

Of these, 124 SEZs were approved by the Centre (formal approval 104 andin-principle approval 20) and 66 of them are notified. 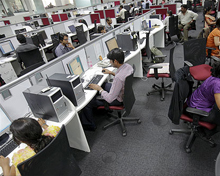 In all 494 private IT parks have been approved, of which 29 developers withdrew their LoI (letter of intent) due to recession at the global level.

Out of 465 IT parks, 144 have started functioning with an investment of Rs 3,332 crore and proposed employment of about 4.44 lakh.

The remaining 321 IT parks with proposed investment of Rs 8,955crore have given LoIs and are expected to generate 11.94 lakh employment opportunities.

In order to encourage the dispersal of industries to the industrially less developed areas, the state has been giving a package of incentives for new or expansion of units located in such regions.

The scheme was amended from time to time and the state has declared Package Scheme of Incentives-2013 (PSI) will remain in operation from April 2013 to March 2018.

Eligible units in the private sector, state public sector, joint sector, co-operative sector and mega projects of central PSU are considered for providing incentives under PSI-2013. Under the scheme during 2014-15 up to December, an amount of Rs 1,762 crore was disbursed as an incentive to eligible MSMEs, large scale industries and mega projects.