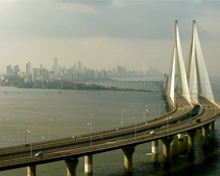 Maharashtra is situated the north centre of Indian peninsula is bordered by the states of Karnataka, Goa, Gujarat, Madhya Pradesh and Andhra Pradesh. Mumbai is the capital of Maharashtra, which derives its name from the Goddess Mumba Devi.

The coastal strip along the Arabian Sea, flanked by the hills called Western Ghats on the east is a culturally distinct region called Konkan. Commercially, Mumbai, Pune and Nagpur are the best-developed cities. A visit to Maharashtra will be an enigma for lot of tourist where they would get the opportunity to experience a range of emotions.

From the breathtakingly fast life of Mumbai to the more serene interiors the state of Maharashtra should be on every travelers go to list.

The main tourists' attractions are: 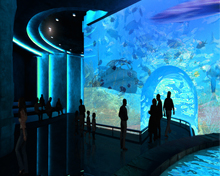 The state has numerous small and large cities. Mumbai is the financial hub of India and is also the film capital of India whose film industry is called Bollywood. Life in Mumbai moves at breakneck speed and is still a city of people who have a lot of heart. The city has many iconic landmarks few of which include colonial buildings like the Gateway of India or Victoria Terminus. Other interesting venues include the Nehru Planetarium, Taraporewala Acquarium , Jijamata Udyan, and the Nehru Science Centre.

The city has also the commercial aspect of life to it with world class infrastructures like the Taj Mahal and the Oberois that offer great hospitality. Mumbai city has many popular venues for clubbing with a night-life which is very popular with many college students, working youngsters and high profile page three celebrities. The other important cities are Pune, Amravati, Aurangabad, Chandrapur, Jalgaon, Khandala, Kolhlapur, Nagpur, Nashik, Solapur, and Thane.

Caves and Forts in Maharasthra: 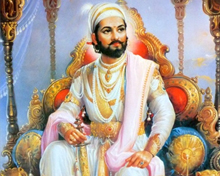 There are about 350 forts and hundreds of prehistoric caves in Maharashtra. The remnants of such caves and forts are remarkable evidence of the brave Maratha warriors.

Caves of Aurangabad, Ajanta, Ellora, Elephanta and Pitalkhora, and forts of Bassein, Daulatabad, Gavilgad, Ghodbunder, Murud - Janjira, Murud - Harnai, Panhala, Raigad, Sinhagad, and Vijaydurg - Sindhudurg must be visited while in a trip to Maharashtra. The Ajantha and Ellora caves in particular are one of the best and most frequented sites and have been there for ages.

There are also hill stations like Amboli, Bhandardara, Chikhaldara Hills, Jawhar, Khandala, Lonavala and Karla, Mahabaleshwar, Malshej Ghat, Matheran, Panchgani, Panhala,Toranmal that could be visited during the summer