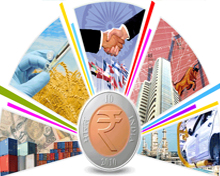 The economy of Maharashtra is an acclaimed effort of the government , setting a perfect example to other states .The state boasts of its highest per capita income. Unparalleled advancement in all fields has propelled the economy of Maharashtra to great heights. Economy of a state is the perfect amalgamation of technology, social structure, resource availability and infrastructure among other paramaters.

Maharashtra's economy relies on its industrial and agricultural sectors. The state has a major portion of its population urbanised and industrial development signifies this fact. Agriculture is the major occupation of the rural people. Infrastructure personifies the economy of Maharashtra. 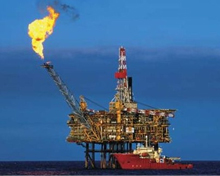 The state has the acclaim of being the largest contributor in India's industrial output. "Maharashtra with the largest economy" owes its credit to its industrial growth.The major industries include chemical, textile, oil and gas, automobile,engineering, pharmaceuticals.

Mumbai has been the hub of textile industry until recently , Malegaon and Bhewandi have established foothold in weaving. Sugar Industry plays a vital role in boosting the economy of Maharashtra. Co-operative sectors have adopted the industry, indirectly providing aid to to small-time farmers. The state ranks no1 in the the field of thermal electricity and nuclear electricity generation. Maharashtra is rightly named as the "Powerhouse of India" . The state is home to many small scale industries addressing the problem of unemployment.

Another major contributor of the state's economy is the film industry. The state owns the credit of producing more than 800 films in a year. Technical advancement in the area of film-making, has made it commendable in the international scenario. Entertainment has lend its hand in boosting Maharashtra's economy.The state is efficient in analysing the market trend and modulating its economy accordingly, to show an uptrend growth. Economy of the state shows an upswing not only in the primary, also in the secondary and tertiary sectors.

Information technology holds the major share in contributing towards Maharashtra's economy. The service sector leads the state to have the highest per capita income in the country. Many research labs and institutions prove alluring for Foreign Direct Investment.The state is much proclaimed for its financial services like NSE, BSE .

Maharashtra is all set to come forward with one of the biggest Special Economic Zones of the country near Mumbai. The state is enriched with unmatched infrastructure indirectly aiding the economy,thru its health services and tourism. Availibility of good network of connectivity with other states by means of road, rail, air and sea supports Maharashtra's economy. 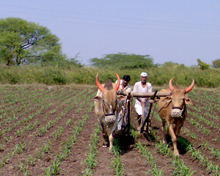 The state of Maharashtra has left no stone unturned to boost the agricultural scenario to international standards. The major occupation of the rural people is agriculture. Supporting infrastructure, innovative techniques and financial aid has proved effective by the government.

The major crops include cereals,pulses,cotton and fruits. World renowned juicy Alphonso mangoes and Nagpur oranges are native of this state.Asia's largest lift irrigation project on the river Godavari is an unmatched effort by the Government of Maharashtra facilitating agriculture. Animal husbandry is one of the upcoming fields in the state.Agro products has led to the development of Agribusiness. The government never deters to offer incentives to upcoming agriculturists. Innovative methods are introduced to increase the agricultural output, boosting the state's economy.

Organized way of production, development and exchange has made Maharashtra's position strong in India's economy. The state has tapped the right potential making an edge in economic development.