Emerging as a top tourist hub, the east-central state of Chhattisgarh has a strong network of roadways, though the quality of these roads needs to be upgraded to the desired level.

The capital Raipur is connected to all major cities of neighbouring states with adequate bus services.

Besides, a number of private operators run non-stop services to district towns and remote villages giving a thrust to the development schemes of the government by ensuring an effective connectivity within the state.

Swami Vivekanand airport in Raipur offers air connectivity to Chhattisgarh which is keen to rope incorporates to expand itsindustrial base.

Multiple flights on a daily basis are operated to link all the major metros of the country and nearby tier-2, 3 cities.

Being a key industrial state, Chhattisgarh is in the process of transforming its network of roads and railways for speedier growth of its districts comprising remote areas and tribal villages. 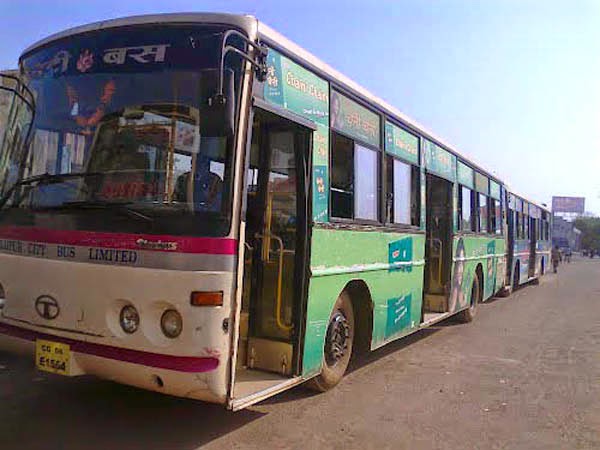 With the expansion of all forms of connectivity (road, air and rail), it is expected that the state will open up employment and other growth opportunities for its citizens.

The total length of the roadways is about 35,388 km in Chhattisgarh with its capital Raipur having a range of bus services to major cities of the country.

Out of this total road network, about 2,184 km is made up of national highways, the state highways occupy 3,611 km and the rest consist of district and village roads.

Private operators run all types of buses (from ordinary, express to luxury and AC coaches) to major cities of Chhattisgarh.

The bus fares are affordable and services are scheduled at convenient timings for the public.

The department performs and monitors various activities related to transportation keeping in mind the public convenience and vehicle population in the state.

All the managerial activities of the department were computerised, to provide the citizens an efficient means of accessing various records and getting their grievances resolved without delay.

Apart from a slew of projects for repair, maintenance and upgradation of roads in Chhattisgarh, the government is taking efforts for the setting up of high speed corridors for the improvement of traffic and connectivity services in this state.

The national highway (NH-6) passing through central India connecting Nagpur-Bhilai-Durg-Raipur-Bilaspur is known for excellent facilities along the expressway and can be compared to the best in rest of the country.

However, most of the state highways and village roads are in pretty bad condition and bus travelling in these areas is a nightmare. 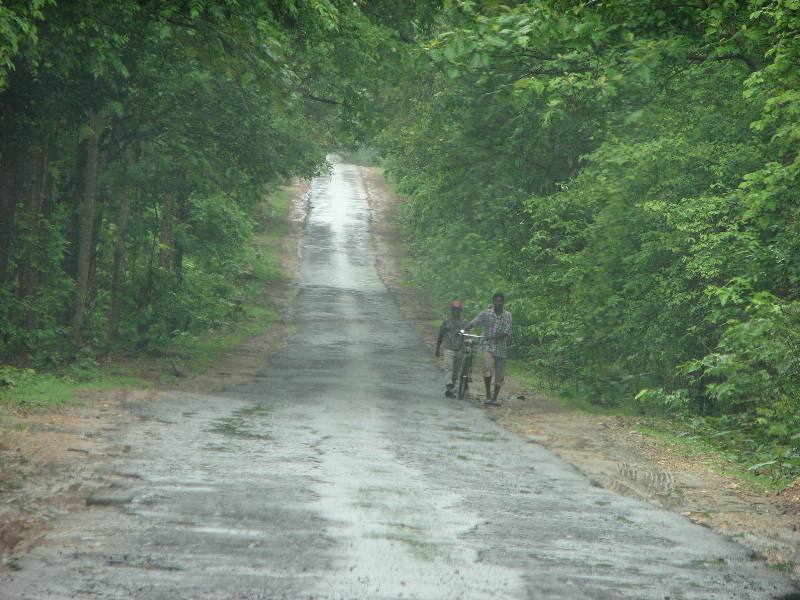 Ordinary buses, mostly private, are frequent among the towns in the districts.

But few buses reach out to the remote areas in the north and central parts of Chhattisgarh due to two main factors -- poor patronage and the fear of Naxals in Dantewada region.

However, all major towns (excluding tribal areas) have private buses operating from Raipur at least one or two services a day.

Indian Railways play a critical role in the transportation ofpeople and moving cargo from the mining sites to other parts of the state for all-round development of the country. 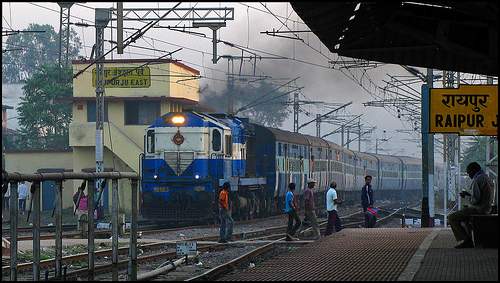 The railway network in Chhattisgarh is operated by the South East Central Railway zone with Bilaspur being its zonal headquarters.

Raipur, Durg and Bilaspur Railway Junction are the major railway junctions as they are the starting point of long distance trains to many cities across the country.

Chhattisgarh accounts for about one-sixth of our country's railway revenue.

The state has the highest freight loading in the country with Durg, Champa, Rajnandgaon, Bilaspur and Mahasamund being the major railway heads in this region.

New railway lines have been proposed and many projects are under development. Some of the upcoming rail lines are Raigarh-Mand Colliery to Bhupdeopur; Dalli-Rajhara-Jagdalpur; Pendra Road-Gevra Road; and Barwadih-Chirmiri routes.

A metro line connecting Durg-Bhilai-Raipur-Naya Raipur has also been proposed to offer a safe and speedy inter-city travel in Chhattisgarh.

Private buses, autorickshaws and taxis are the major modes of transport in Raipur.

However, the working class people have their own vehicles including cars, mopeds and motorcycles to commute to their offices and factories in industrial cities like Raipur, Bhillai and Durg.

Primitive means like hand pulled rickshaws, tuk tuks, tangas and bailgadis are common in the rural belt of the state.

Tempos and mini-lorries also ply between towns carrying goods of all kinds.

Private taxis (cabs) normally charge a fixed rate based on the distance travelled.

For tourists and businessmen, a number of travel agencies offer rental cars and bus services.

A high-level committee headed by the chief secretary was formed to speed up the process of upgrading the road infrastructure in Chhattisgarh.

The government has allotted Rs 5,183 crore in the 2015-16 budget for road development in Chhattisgarh, which is 43% higher than previous year.

According to officials, top priority is given to upgrade the state highways (which are mostly single and narrow) into double lane.

Moreover, the focus will be on upgrading the roads connecting district headquarters to block headquarters into double lane.

In the next three years from 2015, Chhattisgarh Road Development Corporation (CGRDC) will upgrade toll roads through the PPP model and 2,000 km-long roads through annuity model.