Due to lack of promotional campaigns, most of the tourist attractions are unexplored in Chhattisgarh as the outside world is yet to hear of these beautiful spots and landscapes.

Kawardha village is rich in tribal culture and its royal palace attracts people from the state throughout the year.

The region of Bastar opens up a new world in arts and crafts, even as tribal life with its heritage takes visitors to a new time zone.

It is located at 941 meters above sea level on Maikal ranges.

Built in 1930s on a huge 11 acre-land, the palace has a beautiful garden to spend the leisure time.

Italian marbles, stones were used in constructing the palace which is frequented mostly by foreigners and those keen to stay here for a while to enjoy the environment.

Kawardha palace reflects the local culture and is declared as a heritage hotel.

The lush greenery at the park makes one feel close to Mother Nature. 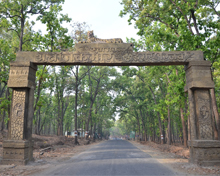 The wildlife park is situated at a distance of 60 km from Bilaspur.

It was set up in 1975 as the dense forest is home to various wild animals including tiger, bison, leopard, bear, sambar and hyena among others.

Watchtowers are erected to spot wild animals living in their natural habitats.

Moreover, the topography of this sanctuary is not conducive for a land safari. Hence, the wildlife is viewed from a distance at Achanakumar sanctuary.

Known as Niagara Falls of India, Chitrakot waterfalls is located 38 km away from Jagdalpur district.

The waterfall is the broadest in India with a total height of 96 feet, and during the rainy season, the width is above 1,000 feet.

The horseshoe lookalike waterfall offers a picturesque view of the forest vicinity.

The caves are located near Tiratgarh waterfalls in dense forests, 40 km from Jagdalpur.

Ranked second in the list of longest natural caves in the world, Kutumsar caves are out of bounds after a certain point.

The restriction to the cave passage is due to paucity of oxygen at the far end of the 2 km deep tunnel.

Kailash Cave was discovered in 1993.

Located on a small hill, this cave is known for musical sounds created after the hand striking its hollow walls.

It means the 'Garden of Friendship', a result of cooperation between the Indian and Russian governments.

Considered the biggest zoo in the state, it has scenic lakes, gardens and musical fountains that attract people far and wide. 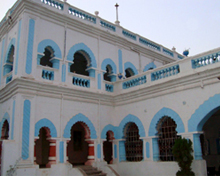 An ancient structure built by the Bastar kings when they shifted their capital to Jagdalpur.

The palace radiates with local architecture and tells the bravery of rulers through graphic arts and murals on the walls.

Moreover, the wall carvings depict the historical incidents of the place.

A number of monuments on the palace grounds bear testimony to therich life of the Bastar kings.

A ride on horse carriage in Jagdalpur will give visitors a peek into various beautiful spots of this historic city. 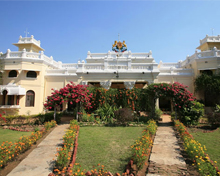 Earlier known as Radhanivas Bagicha, the palace was built in 20th century and rebuilt in 1937.

Built in colonial architecture, the palace is surrounded by a scenic landscape and gardens which create a lush environment.

One can go on a sightseeing trip in the neighbourhood through boat ride and jeep safari. 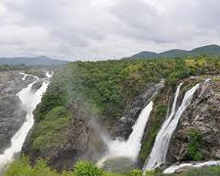 This is a beautiful mountain in Kanker district.

Gadiya Mountain was the capital to King Dharma Dev of Kandradynasty after he emerged victorious in a battle here.

The cave on the Gadiya Mountain was the hideout for the royal family during war times.

Jogi Gufa was once used by sages to meditate and take rest.

Rajpuri waterfall is located near Bagicha, which is 90km from thetown headquarters.

Constructed between 7th and 11th centuries, the temple is called the Khajuraho of Chhattisgarh.

Bhoramdeo temple is quite popular for its aesthetic beauty in architecture.