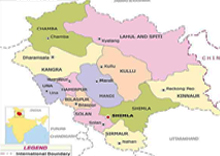 Himachal Pradesh is a beautiful state located in the Punjab region of north-west India. It is stretched over 55,780 square kilometres and is surrounded by Jammu and Kashmir on north, Punjab on west and south-west, Haryana and Uttar Pradesh on south, Uttarakhand on south-east and by Tibet on the east.

Its name indicate region of snowy mountains and is considered as aDeva Bhoomi (the land of the gods). Himachal Pradesh is divided into 12 districts namely, Kangra, Hamirpur, Mandi, Bilaspur, Una, Chamba, Lahul and Spiti, Sirmaur, Kinnaur, Kullu, Solan and Shimla. The state capital is Shimla which was previously British India's summer capital under the name Simla.

If we look at the history of this state, the Aryan has great influence in this state dates back to the period before the Rigveda. After the Anglo Gorkha war, the British colonial government was dominant. It was originally in Punjab, except Siba State of Punjab Hills, under the rule of Maharaja Ranjit Singh till 1857. In 1950 Himachal was declared as the union territory but after State of Himachal Pradesh Act 1971, Himchal emerged as the 18th state of Indian Union. 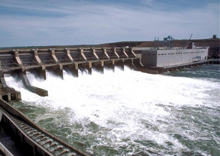 Himachal Pradesh has one of the uppermost per capita incomes of states in India. Due to the plenty of perennial rivers, Himachal also sells hydro electricity to other states such as Delhi, Punjab & Rajasthan. The wealth of the state is highly dependent upon three sources i.e. hydroelectric power, tourism and agriculture.

In this state, majority of people (approximately 70%) are Hindus. The major communities are of Brahmins, Rajputs, Kannets, Rathis and Kolis. Tribes such as the Koilis, Halis, Dagis, Dhaugris, Dasa, Khasas, Kinnars and Kirats populated the region from pre-histotic era. During the Vedic period, several small republics, known as "Janapada" existed which were later overpowered by the Gupta Empire.

After a brief period of dominance by king Harshavardhana, the region was divided into several local powers headed by chieftains, including some Rajput prinicipalities. Mahmud Ghaznavi conquered Kangra in early 10th century. Timur and Sikander Lodi also marched through the lower hills of the state and captured a number of forts and fought many battles. The Gorkhas combined their military power and began to expand their territory. Gradually the Gorkhas annexed Sirmour and Shimla.

With the leadership of Amar Singh Thapa, Gorkhas laid siege to Kangra. They defeated Sansar Chand, the ruler of kangra, in 1806 with the help of many provincial chiefs. After the defeat, the Gorkhas began to expand towards the south of the state. However,Raja Ram Singh,Raja of Siba State recapture the fort of Siba from the army of Maharaja Ranjit Singh in Samvat 1846.

Climate- Himachal Pradesh is a hilly state therefore there is great difference in the climatic conditions of Himachal. The climate varies from hot and sub-humid tropical in the southern tracts to cold, alpine and glacial in the northern and eastern mountain ranges with more elevation. In Dharamsala region, there is very heavy rainfall, as well as in Lahaul and Spiti are cold and almost rainless. 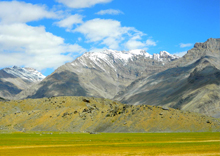 In the topmost region, trees are sturdy with a vast network of roots. Alders, birches, rhododendrons and moist alpine scrubs are there as the regional vegetation. The rhododendrons can be seen along the hillsides around Shimla from March to May. Himachal Pradesh is popular for a variety of animals.

There is one teacher for every 11 students in Himachal Pradesh that is spending 25 percent of its budget on education.

The state has the highest number of children in the 1-14 age groups completing primary education. This 38.9 per cent against the all India average of 33 per cent. There are several schemes like Prayaas and Prerna being launched in the state to improve the school education. Over 10,000 laptops are distributed to students every year and all schools have separate toilets for boys and girls.