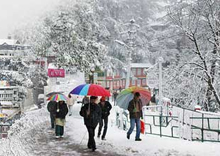 Straddling across the western Himalayas, the snow-laden Himachal is known for its natural landscape with alpine climate that attracts tourists from all over the country.

The economy of Himachal Pradesh is the third fastest growing one in India.

The state ranks second in the per capita income among the Indian states.

One of the wealthiest states, Himachal has perennial rivers that enable it to sell hydroelectricity to Delhi, Punjab and Rajasthan.

Agriculture, hydroelectric power and tourism are the lifelines of this tiny, but beautiful state.

Himachal Pradesh is spread across valleys and 90% of the population lives in villages and towns.

To its credit, the state has achieved 100% hygiene and practically no single house is without a toilet.

According to a 2005 Transparency International survey, Himachal Pradesh is ranked the second-least corrupt state in the country after Kerala.

The hill stations of the state are among the most visited places in country.

Himachal is the only state that forbids the use of polythene and tobacco products.

Over the decades, Himachal has made giant strides in reducing poverty and has emerged as one of the states with the best human development outcomes in India, according to a World Bank report made public in January 2015.

One of the main achievements of Himachal Pradesh was its success in raising people out of poverty.

The overall poverty decline benefitted all social groups across rural and urban areas. 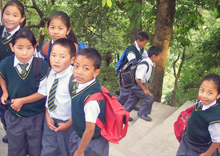 Educational attainment in Himachal Pradesh is among the best in the country; poverty headcount is nearly one-third of the national average; life expectancy is 3.4 years longer than an average Indian expects to live; and per capita income is the second highest in India.

Inter-group disparities are also low in a state where traditionally disadvantaged groups such as the scheduled castes (SCs) and scheduled tribes (STs) make up a considerable 30% of the population.

Further, Himachal Pradesh is ahead of many other states in demonstrating a sense of environmental consciousness, says the World Bank report.

It may be noted that the 'special category' status allowed the state to enjoy some fiscal space which was duly invested on the social sectors to uplift the people.

However, the foundation for real progress was laid by land reforms that were first introduced in the 1950s and deepened later in the 1970s.

These reforms have meant that almost 80% of rural households in the state possessed some land.

The distribution of land across social groups is more equal in Himachal Pradesh compared to the rest of India.

A responsive state and a committed bureaucracy had worked together to ensure social inclusion in the sustainable development story in Himachal.

The unique historical and cultural legacy created a social milieu of high local accountability among the ruling elite of the state.

One of the spinoffs of strong accountability in governance was the large participation of women in development projects. 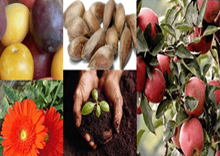 First, almost half of urban men and one-fifth of urban women of working age, in Himachal Pradesh had regular salaried jobs in 2011.

Among those who were employed in 2011, almost one-third held public sector jobs.

In contrast, only 10% of all employed Indians work in the public sector.

The second reason for Himachal's high employment rate is that agriculture is still the mainstay of its largely rural economy.

And most of the agricultural economies use to have higher participation of labour to improve crop productivity.

Himachal is on a path of high growth that will likely be driven by sectors such as energy, watersheds, tourism and industrial development.

Among the state's concerns are its adverse child sex ratio and high level of child malnutrition.

About one-third of children under age five in the state were underweight in 2011, almost similar to levels recorded by the National Family Health Survey in 2005-06.

Rapid growth in infrastructure has improved the human development indicators in the state.

Unlike in other states, rural people in Himachal have had better access to modern amenities than their urban counterparts.

But as urbanisation expands, the state would have to ensure that all the people have equal opportunity in sharing the rewards of public services and facilities extended by the government.