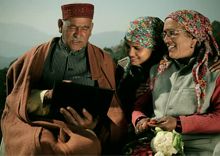 Good and transparent governance has ensured a progressive change in the standard of living in Himachal over the years.

In order to ensure a quality life among the people, the focus has been on improving access to quality health and education which is paying rich dividends now.

The school enrolment ratio and the elderly population have shown tremendous rise in the recent years, thus pointing to the social development of the hill state.

According to United Nations Population Fund (UNFPA) report, Himachal has 7 lakh persons aged 60 and above, which is much higher than the national average and by 2026 it would increase to 10.1 lakh, which is expected to be 15% of the total population.

The net enrolment ratio (NER) at the elementary stage of education inHimachal is more than 99% which is indicative of the fact that there are negligible children who are outside the formal range of education.

The government has provided health services for the prevention of diseases and treatment are accessible to people across the broad spectrum of the population.

A network of 61 civil hospitals, 80 community health centres, 497 primary health centres, 11 ESI dispensaries and 2,068 sub-centres are spread out across the state to offer preventive and curative treatment for the people.

To provide better health services to the people, the governmentis upgrading the infrastructure by providing modern equipment, specialised services, increasing the strength of the medicaland para-medical staff in the hospitals. 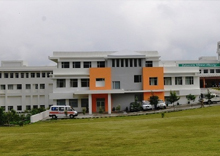 Himachal is among the top five states having high life expectancy rate, where population of elderly (aged 60 or above) has grown rapidly.

The other states include Kerala, Goa, Tamil Nadu and Punjab.

Hamirpur district has maximum elderly population followed by Bilaspur, Kangra and Una, while lowest proportion of elderly people is in Solan and Sirmaur districts.

Himachal's life expectancy at birth is 70.5 years and at the age of 60 men are expected to live another 18 years.

While women can live another 20.8 years after living till 60 years. Hence elderly women outnumber elderly men.

In Himachal 90% of the elderly are taken care of either by their children or public institutions.

But with increase in the elderly population, they need a good support system which includes health facilities, benefits, schemes, insurance and new policies.

It is common to notice that many people shift to urban areas leaving their parents alone in villages who then have to take care of themselves.

At present, the elderly constitute 15% of the total voters in Himachal.

With progress in health and education, the elderly people are taken care of despite being forced to live alone in villages.

Moreover, the break of joint family system due to migration of youth to urban centres has creating a social churn which was addressed by a number of welfare measures.

Himachal was the first state in the country to introduce 'Parents Maintenance Act', which was followed by other states later.

The CM's health scheme has been introduced to improve the quality of life in general and more specifically the health of elderly in Himachal.

Besides, there are pension schemes for persons aged more than 80 years, which are also offered to persons who are less than 80 years if they need it. 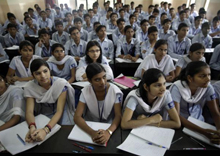 Education is the key instrument for developing human capability.

The state is committed to provide education to all.

The concerted efforts of the government have put Himachal as one of the leading states in literacy.

The independent studies conducted by Indian Market Research Bureau (IMRB) and NGO Pratham have confirmed that the number out of schoolchildren in Himachal is below 1%.

Bilaspur and Lahaul Spiti districts have no out of school children.

Total out of children and dropout rates are negligible.

The state has been successful in checking the dropout rates. The dropout rate at primary and upper level is 0.46 and 0.86% respectively.

The state project office, SSA (Sarva Siksha Abhiyan) and the Departmentof Elementary Education in collaboration with Pratham are developing a system of tracking the progress of the children. To ensure adequate monitoring, supervision and evaluation of SSA intervention, Himachal government is continuously monitoring variousaspects of the programme implementation plans.

In order to constantly oversee and control the programme implementation; state as well as district level teams have been constituted.

The main findings of the monitoring reports are shared with district authorities in monthly state review meetings and follow-up action is being taken.

People of Himachal are known for their hospitality and friendly attributes.

Agriculture is the main family occupation. But with more youth getting educated, more often than not they migrate to urban centres to find jobs suitable to their qualifications. 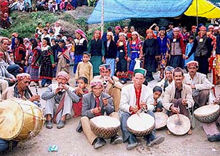 Many hordes of ethnic groups have made Himachal their home by choosing a vocation either in cultivation or trading.

The natives of Himachal mostly belong to the Aryan lineage, while the people of Lahaul and Spiti districts are descendants of Mongols.

The people live a simple life going about their agricultural activities in a routine manner.

More than 90% of the population of the state are Hindus, while a majority of Buddhists are found in the areas of Dharamshala, McLeodganj, Lahaul and Spiti.

Among the Hindus, the common sects are Brahmins, Rajputs, Kannets, Rathis and Kolis.

One of the outstanding features of Himachalis is their humble, hardworking nature.

Despite living in an ethno-religious mix, people are still deeply rooted to traditional norms and practices.

The snowy mountains, the rapid streams and valleys are their homes offering an emotional connect to them.

Life moves at its own gentle pace in Himachal valleys as people of myriad sects, races and communities share their common space in the spirit of harmony and true friendship.