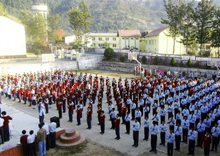 The Government of Himachal Pradesh has permitted to Jaypee group to open first private university in the state in 2002.

It was named as Jaypee University of Information Technology. Thereafter two more universities-Eternal University and Chitkara University-were established in the private sector.

The state is a home for several educational institutions having good repute. In all, there are five universities, two medical colleges, two engineering colleges, four dental colleges in the state.

Himachal Pradesh made elementary education accessible to every child in the state. It is the first state in the country to do so. The state encourages the students to participate in the extra curricular activities too.

The state has the literacy rate of 83.8 % as per the figures of census 2011. The high literacy rate was possible due to the continuous efforts of the Government of Himachal Pradesh.

The district 'Hamirpur' is amongst the top in the country for literacy. Female literacy rate is good on that state and people encouraging women's education in the state.The government introduced different training programs for the training of teachers to make them aware with latest education systems. 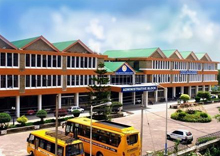