Uttar Pradesh is the fourth largest and most populous state located in the north-central part of the country.

The plains of UP are quite distinct from the mountains in the extreme north and a whole range of crops are being cultivated in the fertile lands where agriculture has been practised since Vedic Age.

The climate of Uttar Pradesh varies widely with temperatures as high as 47 °C in summer and as low as -1 °C in winter. 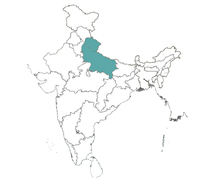 UP can be divided into three distinct geographical regions: 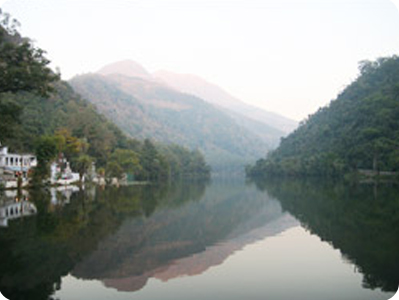 This northern mountain range forms the southern foothills of the Himalayas and slopes down in to a boulder bed called Bhabhar. The transitional belt running along the entire length of the state is called the Terai and Bhabhar area. The ridges and hills have rich forests, cutting across it are many streams which swell into raging torrents during the monsoon.

The Bhabhar tract gives place to the Terai area which is covered with tall elephant grass and thick forests interspersed with marshes and swamps. The sluggish rivers of the Bhabhar deepen in this area, their course running through a tangled mass of thick under growth. The Terai runs parallel to the Bhabhar in a thin strip.

The main crops are wheat, rice, and sugar cane. Jute also is grown.

The most important area for the economy of the state is the Gangetic plain which stretches across the entire length of UP from east to west. The entire alluvial plain can be divided into three sub-regions. The first is the eastern tract consisting of 14 districts which are subjected to floods and droughts and have been classified as scarcity areas. 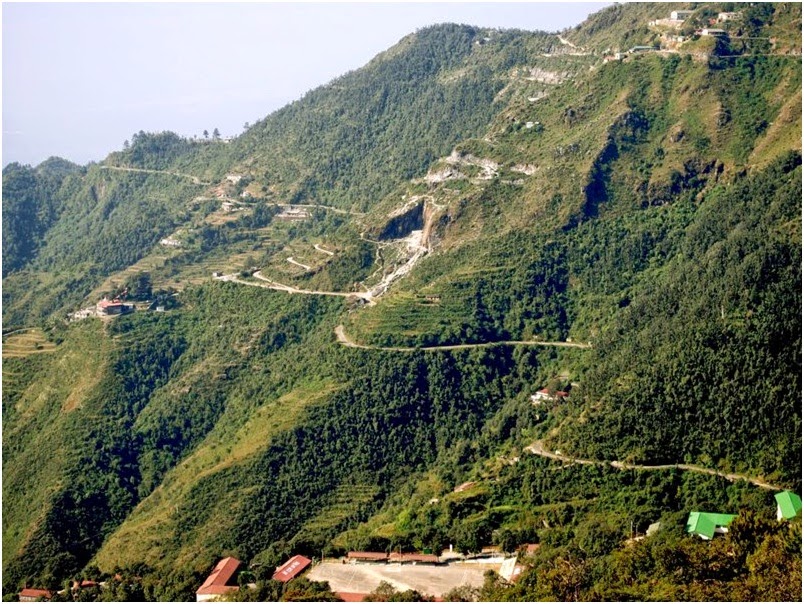 These districts have the highest density of population which gives the lowest per capita land. The other two regions, the central and the western tracts are comparatively better with a well-developed irrigation system.

They suffer from water logging and large-scale user tracts. The Gangetic plain is watered by the Yamuna, the Ganges and its major tributaries, the Ramganga, the Gomati, the Ghaghra and Gandak.

The whole plain is alluvial and very fertile. The chief crops cultivated in the Gangetic plains are rice, wheat, pearl millet, gram, and barley. Sugarcane is the chief cash crop of the region. 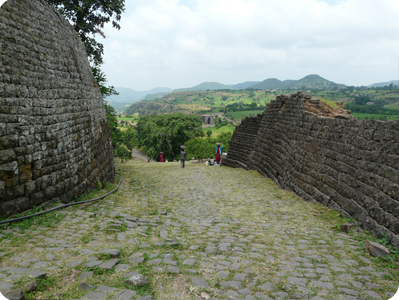 The southern fringe of the Gangetic is demarcated by the Vindhya hills and plateau. It comprises the four districts of Jhansi, Jalaun, Banda, and Hamirpur in Bundelkhanddivision, Meja and Karchhana tehsils of Allahabad district, the whole of Mirzapurdistrict south of Ganges and Chakia tehsil of Varanasi district.

The ground is strong with low hills. The Betwa and Ken rivers join the Yamuna from the south-west in this region. It has four distinct kinds of soil, two of which are agriculturally difficult to manage.

They are black cotton soil. Rainfall is scanty and erratic and water-resources are scare. Dry farming is practical on a large scale.

Tropical monsoon is prevalent in most parts of Uttar Pradesh. The average temperature varies in the plains from 3 to 4°C in January to 43 to 45°C in May and June. There are three distinct seasons - winter from October to February, summer from March to mid-June, and the rainy season from June to September.

The rainfall in the plains is heaviest in the east and decreases towards the north-east. Major floods are a recurring problem in the state, causing damage to crops, life and property during rainy days.

The worst floods were in 1971, when 51 of the 54 districts of the state were affected — an area of nearly 52,000 sq. km. The eastern districts are the most vulnerable to floods, the western districts slightly less and the central region markedly less.

The eastern districts susceptibility to floods is ascribed, among other things, to heavy rainfall, low flat country, high subsoil water level and the silting of beds which causes river levels to rise.

The problem in the western districts is mainly poor drainage caused by the obstruction of roads, railways, canals and new built-up areas, etc. There is waterlogging in the large areas.

The major flood-prone rivers are the Ganges, Yamuna, Gomti, Ghaghara, Rapti, Sharda and Ramganga. The inadequate drainage capacity of the smaller western Sirsa, Kali and the Aligarh drain is also a cause of floods.

Forests constitute about 6.8% of the total geographical area of the state. The Terai and Bhabhar area in the Gangetic plains have most of the forests. The Vindhyan forests consist mostly of scrub.

The districts of Jaunpur, Ghazipur and Ballia have no forest land, while 31 other districts have less forest area.

On the Shivalik foothills and in the Terai-Bhabhar area grow the sal and gigantic haldu trees. Along river courses the shisham grows in abundance. The Vindhyan forests have dhak, teak, mahua, salai, chironji and tendu trees which extend a thick, tall green canopy over the vast stretches of the jungle tracts.

Sisso is mostly used for furniture while khair yields kattha, which is taken with betel leaves or pan. Semal and gutel are used as matchwood and kanju in the plywood industry. Babul provides the principal tanning material of the state.

Some of the grasses such as baib and bamboo are raw material for the paper industry. Tendu leaves are used in making bidis (Indian cigarettes), and cane is used in baskets and furniture. Species of grasses have been collected from the Gangetic plain.

Corresponding to its varied topography and climate, the state has a wealth of animal life. Animals that can be found in the jungles of UP include the tiger, leopard, wild bear, sloth bear, chital, sambhar, jackal, porcupine, jungle cat, hare, squirrel, monitor lizards, and fox.

The most common birds include the crow, pigeon, dove, jungle fowl, black partridge, house sparrow, peafowl, blue jay, parakeet, kite, mynah, quail, bulbul, kingfisher and woodpecker. Certain species are found in special habitats. The elephant is confined to the Terai and the foothills. The gond and para also found in this region. The chinkara and the sandgrouse prefer a dry climate, and are native to the Vindhyan forests. 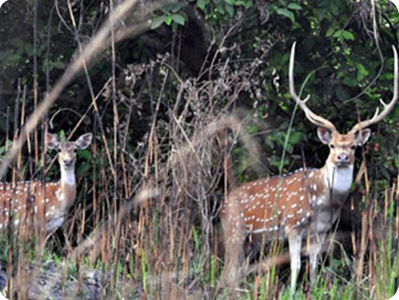 Among the game birds resident in the state are the snipe, comb duck, grey duck, cotton teal and whistling teal. Several species of wildlife have become extinct in Uttar Pradesh.

Among them are the lion from the Gangetic plain and the rhinoceros from the Terai. The fate of many species is unknown including the tiger, black buck, serow, swamp deer, bustard, pink-headed duck, and mural pheasants and four-horned antelope.

Although a determined enforcement of laws against poaching and hunting has yielded some results, the wildlife population today is alarmingly low. Gharials are poached for their skin. To preserve its wildlife the state has established Dudhwa National Park and 12 gamesanctuaries.