UP: A microcosm of India

A land steeped in cultural, historical and geographical intensity that depicts a microcosm of India signifying unity in diversity.

Forming the heartland of India, the state of UP has played a great role in the cultural, political, agricultural and social changes witnessed in the subcontinent.

The exquisite beauty of UP with its vast expanses of meadows, perennial rivers, deep forests and fertile plains is matched by the diversity of its people who follow different faiths, customs and traditional practices. 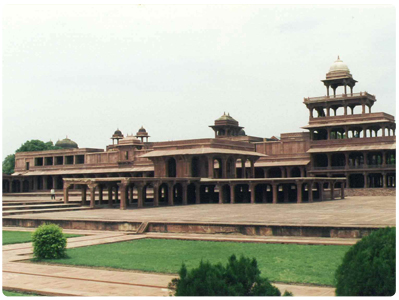 Uttar Pradesh is the land of Lord Rama, Krishna, Buddha and Mahavir.

The most venerated Hindu epics Ramayana and the Mahabharata were written here. It was here that the Buddha lived and preached to his disciples.

The Mughals established their empire from Uttar Pradesh. Agra is the home to the most visited site Taj Mahal in the state.

Above all, the oldest surviving city in India with its mighty civilisation is Varanasai present in the eastern side of the UP.

The First War of Indian Independence in 1857 had its roots in Uttar Pradesh.

Religious towns like Mathura and Vrindavan showcase the Hindu culture and its all-pervading Bhakti movement.

Here are the top destinations in Uttar Pradesh which one must visit to experience the timeless beauty of this state:

Agra is the city of the Taj Mahal and capital of the erstwhile Mughal Empire.

This small town is also the gateway to the legendary Braj region, the land of Lord Krishna. 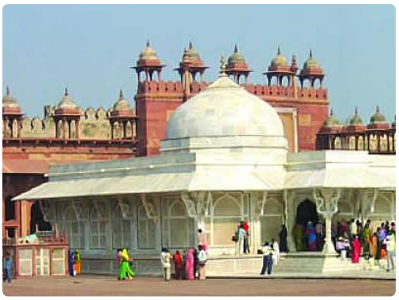 The Yamuna River flows along Agra and this ancient town sets the right mood to embark on a 'Heritage Arc' journey that extends up to Varanasi through Lucknow covering a distance of 700 km.

Taj Mahal is a Mughal monument in marble, a tribute to true love given to the world by Emperor Shah Jahan as his token of love.

Also known as Benares or Kasi (or Kashi), this holiest place is among the oldest living cities in the world and its antiquity can be understood by frequent references to it in ancient Hindu scriptures.

Located along the Ganga it is a sacred place for Hindus, Jains and Buddhists.

The combination of Kashi, the holy city, Ganga the holy river and Lord Shiva, the Supreme God, makes Varanasi an immortal destination for Hindus.

The traditional Benares silk saris and carpets have carved a niche in the global markets.

Nearby Sarnath is a highly revered Buddhist pilgrimage centre. 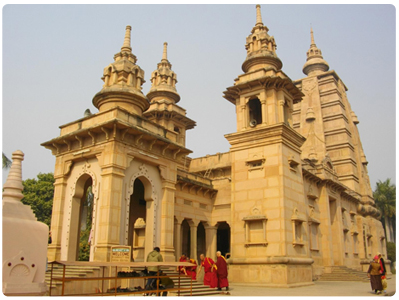 It is believed that after getting enlightenment at Bodh Gaya, LordBuddha preached his first sermon sanctified as Maha Dharm Chakra Parivartan at Sarnath.

The Dhamekh Stupa and other monuments testify the importance theplace enjoyed in a bygone era.

The shining iron pillar erected by Emperor Ashoka (273-232 BCE) marks the foundation of the Buddhist Sangha, and the Lion capital atop this pillar is now India's national emblem.

Nearby places of religious importance are Kushinagar and Sravasti (for Buddhists), Vindhyachal, Sonbhadra, Chunar and Kapilvastu.

Mentioned in scriptures as "Prayag", "Prayagraj" or "Teertharaj", this ancient city of Allahabad is one of the one of the holiest pilgrimage centres in India.

The Kumbh Mela every six years and Mahakumbh every 12 years are the largest congregations of pilgrims on earth. 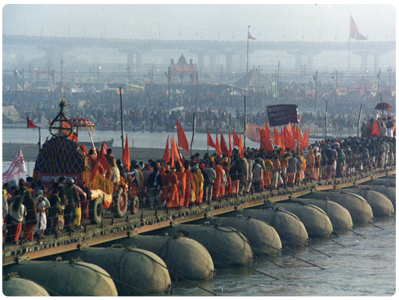 It is not only a pilgrim city, but also an important centre for education, historical and cultural values.

Akbar's Fort on the bank of Ganga and All Saint’s Cathedral are two of the most cherished monuments of this city that receives pilgrims throughout the year.

Popular in Hindu mythology, Chitrakoot is celebrated in ballads and the scriptures for its natural beauty and association with the epic Ramayan.

It is believed to be the place where Lord Rama and Sita spent their 14 years of exile and where the Sage Atri and Sati Anasuyameditated.

This holy town along the Mandakini river is spread over UP and Madhya Pradesh.

The capital of Uttar Pradesh lies in the middle of the Heritage Arc.

The vibrant city is replete with its Nawabi era influences, quality food and a lifestyle which is a blend of the ancient and the modern.

It is home to vast monuments that showcase a mix of ancient, colonial and oriental architecture.

Literature, cuisine, performing arts and ‘tehzeeb’ have given Lucknow a global visibility with a brand identity of its own.

Jhansi is at the centre of Bundelkhand region known for valour and chivalry.

It was a stronghold for Chandela kings but lost its eminence after the downfall of the dynasty in 12th century.

The region once again rose to prominence in the 17th century under Raja Bir Singh Judeo of Orchha.

The greatest claim to fame for the city is its fiery Queen Rani Laxmibai who led forces against the British in 1857.

She sacrificed her life to the cause of Indian independence when she was only about 22 years old.

Deogarh attained glory during the rule of Gupta dynasty, Gurjara-Pratiharas, the Gonds, the Marathas and the Muslims.