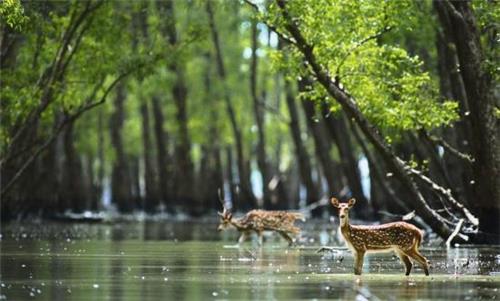 Rock phosphate, granite, china clay, limestone and dolomite are some of the minerals available in the state. Bangladesh lies towards the eastern side of the state of Uttarpradesh. The state occupies only 3 % of the total geographical area of the country.

It is growing at a very faster rate when compared to several other states in the country. Most part of the state is plain except the northern region. The state has the natural resources in large amount. It is home for mines, hills, rivers, forests and other physical entities.

Western highlands experience very high temperatures which ranges from 38 °C to 45 °C. There is heavy snowfall in the Himalayan regions during the winter season. Uttarpradesh has huge deposits of coal and iron ore. The Raniganj coalfield in the state is one of the oldest in India.

There are five national parks in the state. They are :