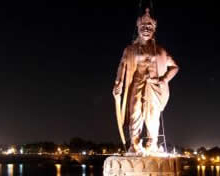 A city of lakes and tree-lined boulevards, laid-back Bhopal is possessed of a quaint charm, a serene hangover from the days when it was the capital of one of India's former princely states. Bhopal is named after the famous Parmara King Bhoj (1000–1055), who is credited with the construction of the dam to form the lakes surrounding Bhopal.

The second largest city of Madhya Pradesh after Indore, Bhopal is the capital of the state. Rich in history, Bhopal is a place that seems to exist suspended in time somewhere between the medieval and the modern world.

As a spectacle, Bhopal is unmissable. The monuments which draw the crowds are the Taj-ul-Masajid - one of the largest mosques in Asia and Jama Masjid - built by Qudsia Begum in 1837. Other dramatic structures in the city of Bhopal are Shaukat Mahal, a seamless blend of Indo-Islamic and European styles of architecture, Gohar Mahal, Sadar Manzil and Purana Kila. Lakshmi Narayan Temple, dedicated to Lord Vishnu and his consort Laxmi, is located to the south of Lower Lake.

A culturally vibrant city, Bhopal is home to a number of cultural centres, museums and art galleries. The one that should not be missed is the Bharat Bhawan, an assembly of theatres, art gallery, open-air amphitheatre and tribal museum.

Bhopal is also an ideal base from which to explore the world heritage sites of Sanchi and the Rock Shelters of Bhimbetka, as well as the nearby Hindu pilgrimage site at Bhojpur which is home to Shiva temple with a massive Shivalingam. 60 kms from the city is located the wildlife destination of Ratapani Wildlife Sanctuary.

Places of Interest in Bhopal

A popular attraction of Bhopal, Taj-ul-Masajid is one of the largest mosques of India. Famous for its impressive size this mosque, with its minarets soaring to 67 m was constructed by Nawab Shah Jehan Begum. Spread over an area of 11, 000 square kilometers, the mosque is home to a library in which you can find a collection of more than 20,000 books. The Jama Masjid and The Moti Masjid are the other two famous mosques in Bhopal. 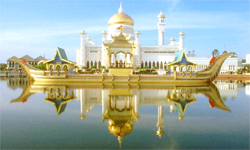 A beautiful water body of the 11th century, Upper Lake is the oldest man made lake in India and is locally called Bada Talab. Spread over an area of 31 sq kms, the lake has many facilities like watersports and paddle boating for the visitors. A stroll along the shore of the Lake will be a pleasant experience. In the middle of the lake is emerald-green Takia Island. In the morning the lake is frequented by water birds.

Located in the old part of the Bhopal city, Lower Lake was excavated in 1794. Locally called the Chota Talab due to its smaller size, the scenic Lower Lake is favourite haunt of waterfowls.

A favourite destination for the animal lovers, Van Vihar is a safari park home to a variety of animal species. Located on the banks of the Upper Lake, the park is the habitat for tigers, lions, hyenas, bears, deer, crocodiles and tortoises, suplmneted by more than 200 species of birds. The Lakhmi Narayan Temple, also popularly known as Birla Mandir, Gohar Mahal, Shaukat Mahal, Birla Museum

Not to be missed in a trip to Bhopal, this magnificent arts and cultural centre hosts exhibitions showcasing rural arts from across the country. Also known as Museum of Man or National Museum, this anthropological museum provides a portrait of the story of mankind.

About 12 km from Bhopal, the fortified city of Islamnagar has some treasures enclosed within it. The city founded as Jagdishpur by Rajput rulers came under the control of Dost Mohammed Khan who renamed it Islamnagar. Chaman Mahal and Rani Mahal are two palaces inside the fort.

While in Bhopal it is recommended that one should visit the Chowk, located in the centre of the city. The narrow lanes here are a shopper's paradise. Shop for the bangles, jewellery, intricately designed traditional crafts and embroidered goods in these alleys.

28 km from Bhopal, Bhojpur is known for Bhojeshwar Shiva Temple which enshrines one of the largest shivalingas in the country. Overlong the Betwa river and standing atop a hill, the temple was built by Bhoj after whom the place is named.

46 km from Bhopal, the great Buddhist stupa of Sanchi is a must-visit attraction. Built by the Mauryan Emperor Ashoka in the 3rd century BC and enlarged by different rulers in subsequent centuries, Sanchi stupa is a fine example of Buddhist architecture in ancient India. Here you can also find an Ashokan pillar. 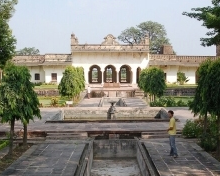 47 km from Bhopal, the Bhimbetka rock shelters are home to one of the most important specimens of prehistoric rock art in the world.

Where to stay in Bhopal

Situated just 5 km from the airport, Noor-us- Subah is a beautiful luxury property in the heart of the city. Bhopal is famous for fish and meat dishes such as korma, rogan josh, keema, biryani pilaf and kababs such as seekh and shami. For those who like to unwind after a day –long travel, there are quite a number of eateries and restaurants in the city.

Lagoon is a newly launched fast food point at Bank Street in the MP Nagar area serves some delicious and pocket friendly verities of fast food.

How to reach Bhopal

How to Reach Bhopal by Air: Rail Raja Bhoj airport is located at a distance of 5 kim from the city centre. Taxis are easily available.

How to Reach Bhopal by Rail: Bhopal is a major railway junction connected with all the main places in India

How to Reach Bhopal by Road: Bhopal is well connected by National highways 2 and 27 to different places in India. Some of the cities and places connected with Bhopal by road are Gwalior (420 Km), Allahabad (680 km) and Aurangabad (644 km).