Can I start business in Madhya Pradesh 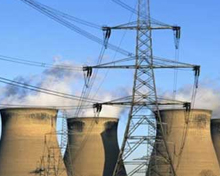 Rules, laws and processes in MP are being simplified to boost industry and business.

Special attention with policy initiatives is being paid to increasing investment in industries along with agriculture.

Time and again CM Shivraj Chouhan has stressed that industrial growth is necessary for state's prosperity.

An effective single-door clearance desk has been implemented for industries in the state.

A number of approval processes have been simplified and labour laws improved.

Self-declaration facility has also been introduced in the state.

Despite these proactive efforts, the government is very much aware that a lot of work is yet to be done to improve the industrial climate in MP.

The state government has identified 98 points for improving the ease of doing business in MP.

Madhya Pradesh Investment Facilitation Act in 2008 was passed in the legislature for simplifying the regulatory framework.

MPTRIFAC was set up as the single-window clearance secretariat with an objective of strengthening the institutional mechanism for investment facilitation and promotion.

The key role of MPTRIFAC is handholding the investors for making their approval process easier.

A 'combined application form' serves as the single point of submission for requisite clearances from five departments.

It is a web-enabled system for investment facilitation.

MPTRIFAC is also providing investors with 'after-care' services for the existing industries in the state.

The state has been ranked sixth among all Indian states in the 'Economic Freedom of the States of India (EFSI) Study 2013' conducted by Centre for Global Liberty and Prosperity (CATO) with the Friedrich Neumann Foundation.

Located in the central region of India and close to the national capital, MP offers a huge advantage to companies in terms of logistics and servicing the needs of domestic markets.

Some of the highlights of the state's infrastructure which makes doing business a simple and value-added proposition are as follows:

The following incentives are provided in the MP Industrial Promotion Policy to investors:

The following incentives were announced for the small investors: