Dr Anis Farooqui is a very well known and a well respected name in the field of fine arts in India. He was the recipient of the National award for his paintings in the year 1989. Dr Anis Farooqui was the Director of National Gallery of Modern Art for 13 years and expired in 1994 while still in office.

Dr Anis Farooqui was also a well known academic scholar and an art historian. He did his diploma in Drawing and Painting from Sir J.J School of Art, Mumbai in 1959. After completing MA in Drawing and Painting from Agra University in 1962, he obtained PhD in History of Indian Art from Agra University under the guidance of late Prof .Nirharanjan Ray. During the span of his career as an art painter he participated in several group and solo exhibitions. 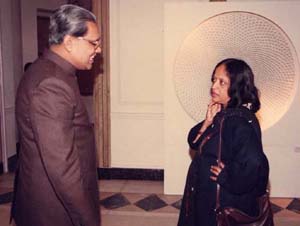 Some of them are 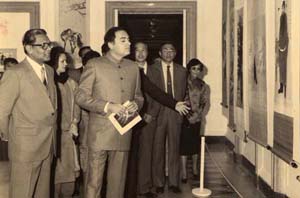