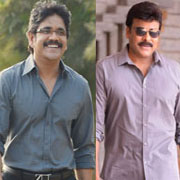 Andhra people have an insatiable thirst for Telugu films and they love to watch it all in big silver screen. Compared to 2014 in which over 200 films were released, this year will see a big jump in the number of movies hitting the screens.

Matinee icon Chiranjeevi’s 150th film is expected to be released this year and his fans are keeping their fingers crossed. Apart from this, historical films, mega-budget multi-starrers and the debut of Akhil Akkineni in Tollywood are expect to lit up the fireworks in the coming months. 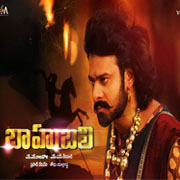 S.S. Rajamouli’s project Baahubali, a period film with grand sets and laving spending, is most awaited in the film circuit. With a budget in excess of Rs 100 crore, this film will most probably be the most expensive Tollywood film with exquisite visuals and daring sequences.

India’s first 3D stereoscopic film in the making Rudhramadevi starring Anushka will showcase the life and times of the 13th Century warrior queen who ruled the Kakatiya kingdom.

The Telugu version of director Shankar’s I (original in Tamil) has got a good opening because of its spectacle and neat portrayal by the lead actor ‘Chiyaan’ Vikram.

Junior NTR did not have a successful 2014, but his grand makeover in Temper has taken everyone by storm. Directed by Puri Jagannadh, the film has the actor in the role of a fierce and upright police officer.

Going by the initial feedback, the film has all ingredients to make it a huge success with NTR’s stylish looks and mannerisms creating ripples among his lady fans.� 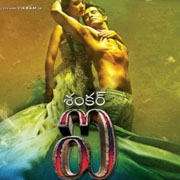 After a gap of seven years, Chiranjeevi is all set to return to the silver screen with his 150th film that has created much expectations in Tollywood. His die-hard fans would love to watch Chiru with his inimitable dance steps and larger-than-life stunt scenes.

Nagarajuna’s son Akhil Akkineni has got good looks and made a cameo appearance in Manam last year to test waters in Tollywood. Now he is getting ready for debut role with director V.V. Vinayak’s next project.

This grandson of thespian Nageswara Rao and son of Nagarjuna is carrying big responsibilities as both his family and movie goers are waiting to watch his debut film as hero.

In multi-starrers category, Venkatesh and Pawan Kalyan will share the screen space in a much anticipated film. Malayalam flick Bangalore days is being remade with Siddharth and Samantha in the lead and the film is directed by Bommarillu Bhakar. Tamil star Arya will make his debut in Tollywood with this film.

Getting into multi-starrer club, Nagarjuna will join hands with Tamil actor Karthi for a project to be directed by Paidapally Vamsi.

Next only to Bollywood in terms of industry size and box office collections, Telugu film industry has made giant strides in entertaining its people with a wide range of subjects and thus became an integral part of lifestyle in this part of the world. 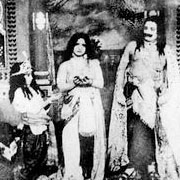 Bhakta Prahlada (1931), the first talkie in Telugu, created an alternative platform for the common man who till then was used to watch drama, tholu bommalata and Harikatha as part of entertainment.

During the nascent stage from 1931 to 1941, mythological films derived from Ramayana and Mahabharata made an emotional connect with the people. In order to inculcate the new medium of cinema, producers and directors took up historical subjects to draw audience away from traditional formats like stage plays and religious discourses.

Social issues, folklore and puranas contributed to the success of Telugu films during the second phase from 1941 to 1961. Movies like Keelugurram, Bala Nagamma and Maya Bazaar became classics and they were much talked about and debated in social circles then. Also, contemporary topics were dealt with in films like Shavukaaru which inspired the upcoming directors to expand on this concept of filming social and realistic subjects which had instant rapport with the movie goers.

New techniques were adopted and colour features began to flood theatres in the third phase (1961-71) which is also known as the era of transition in Telugu cinema.

Lava Kusa (1963) is the first film that combined a traditional theme from Ramayana and a colour motion picture camera which created deep impact on the psyche of movie goers then. Even rural audience came in bullock carts to watch this film in theatres which ran for packed houses for years.

The commercial films were produced in large numbers during the fourth phase (1971-88). As people lapped up masala fare dished out by the filmmakers, box office hits like Dasara Bullodu, Adavi Ramudu and Premabhishekam stole the hearts of Telugus with high dose of sentiments, pathos and action.

Matinee icon N.T. Rama Rao became a towering symbol of Telugu pride with movies like Kondaveeti Simham, Sardar Paparayudu, Bobbili Puli and Naa Desham that catapulted him as mass leader. With his immense popularity, NTR forayed into politics to become the Chief Minister in 1983.

A new genre of action films came into being that found ready acceptance as films like Khaidi (1983) set the silver screen on fire.

New modes of screenplay with technical excellence formed the fifth phase (1989-2004) of Tollywood history. Cult films like Shiva and Geetanjali became trendsetters and instilled a new way of thinking among filmmakers.

According to some observers, Tollywood can be divided into two parts - before Shiva and after Shiva - as there is a paradigm shift in moving making ever since this action film was released.

From 2005 to the present, young and multi-talented heroes have made an impact in films with bold themes that focused mostly on feel-good aspects with romantic interludes.

A wide range of movies (Aa Naluguru, Anand, Bommarillu, Mee Shreyobhilashi, Gamyam, Prasthanam, Sontha Ooru, Andari Bandhuvaya and Ganga Putrulu) were produced that offered a mix of action, romance, comedy and family drama to fulfil the expectations of the audience. Given the high entertainment value, these films ran to packed houses with record box office collections. 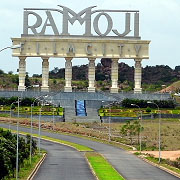 Having its roots in the then Madras province with most of the Telugu films shot in the studios of Chennai, the hub of filmmaking then, producers shifted their base to Hyderabad in the late 70s and 1980s. Soon Tollywood began to expand and thrive even as a host of modern facilities with high-tech systems in Hyderabad helped filmmakers to deliver quality films to Andhra people.

Every year Tollywood is producing at least 200 movies at an overall investment of Rs 800 crore per year.� Apart from local and regional markets in India, producers are now cashing in on overseas theatrical earnings, satellite rights and audio sales of their movies.

The laboratories, studios, recording theatres, film processing units, publicity units to take care of production and post-production needs and other facilities have made Hyderabad a sought after city for producers of� all regional�language films in South India.

The Ramanaidu Studios and Ramoji Film City, the largest in Asia, offer a wide variety of services to producers to can their films. There are nearly 200 theatres, 25 multiplexes and one IMAX for the exhibition of movies in both Telangana and Andhra states.

This name change will ensure that the film trade body can take up issues like entertainment tax and incentives with both the governments. However, with Hyderabad still being the hub of filmmaking, producers, technicians and top stars are reluctant to move out to rest of Andhra.

In any case shooting of upcoming films are progressing at a brisk pace at different parts of Andhra region as Tollywood has to earn money from all parts of both the newly created Telangana and the rest of Andhra Pradesh.

While Tollywood had diversified its earnings from new sources apart from theatrical income, the overseas collections (income from theatre releases in the US, London, Europe, Dubai, Singapore and Malaysia) have turned out to a big money spinner for producers.

But what is worrying the most is the success rate of Tollywood films that have dipped to a record low of 8 per cent in a year due to changing preferences of Telugus who now have vast channels for entertainment and fun.