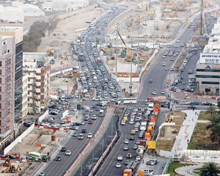 Road network consisting of national highways and district roads plays a critical role in the economic progress of Bihar.

The total road length was 2.26 lakh km as on September 2014, an increase of 45,750 km over the previous year. The length of national highways (NH) grew by 120 km, whereas the SH declined by 94 km, as this much of road has been upgraded into NH in this period.

The length of major District roads (MDR) increased by 8% as on September 2014 as compared to the previous year, while the rural roads increased by around 28%.

In fact, NH roads are the very lifeline of Bihari people as they offer inter-connectivity between states offering a seamless exchange of goods and people thus promoting economic growth. 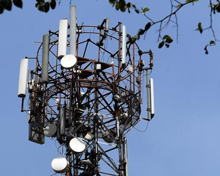 Mobile connectivity is gaining speed each year as mobile phones have become handy tools to stay connected with relatives and improve the business prospects.

Depending mostly on agriculture for its growth, Bihar is well covered by major and minor irrigation schemes which have potential to cover 117.54 lakh hectares utilising both surface and groundwater.

Power supply is crucial for the progress of Bihar. However, the per capita power consumption in the state is only 144 kwh, much lower than the all-India average of 927 kwh.

Across the state, there are 11 urban corporations, 42 municipal boards and 88 urban panchayats under the control of the Department of Urban Development and Housing which aims to develop them to national standards.

A sum of Rs 401.74 crore was set aside for the development of basic infrastructure in 1,402 urban slums that were identified after a survey conducted in 28 major towns.

Following a number of steps being taken to improve the facilities at public health institutions, the footfall at government hospitals has increased rapidly.

The number of patients visiting government hospitals per month was 3,077 in 2007 which has become 11,464 in 2013, this four-fold increase is the result of proper monitoring, better services and infrastructure. 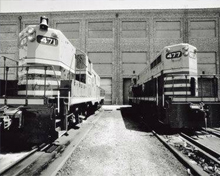 Ending much speculation and delay, Bihar has got two big-ticket FDI projects in Railways which will boost the rail infrastructure in the state, besides providing jobs to thousands of people.

Four MNCs - Alstom, Siemens, GE and Bombardier - were shortlisted for the electric locomotive plant at Madhepura and two foreign companies, GE and EMD, will compete to get the contract order for setting up the diesel locomotive unit at Marhora.

The overall cost of the two factories is about Rs 1,200 crore each and the financial bidding will be opened on August 31 after two pre-bid meetings. With the government allowing 100% FDI in the railway sector, setting up of the two locomotive plants in joint venture model is crucial for Railways to boost its sagging infrastructure.