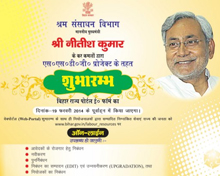 Most of the youths migrate to other states for higher studies and employment as the state lags far behind in attracting investment for setting up a large industrial base.

However, traditional segments of employment like food processing, milk and dairy units, animal husbandry, horticulture and cottage industries like handicrafts have been the focus areas of JD (U) government-led by Nitish Kumar to create job opportunities for the youth.

The State Investment Promotion Board (SIPB) has given nod to 1,891 proposals till September 2014 (from 2011) for setting up industrial units with an investment of Rs 2.88 lakh crore which is expected to provide jobs to 2.17 lakh persons.

Out of these approved projects, a major portion (60%) is in the agro-business sector and power sector constituted around 6% of the proposals. Also, the applications for new technical institutes, medical colleges and hospitals were 4% of the total clearance of the SIPB. 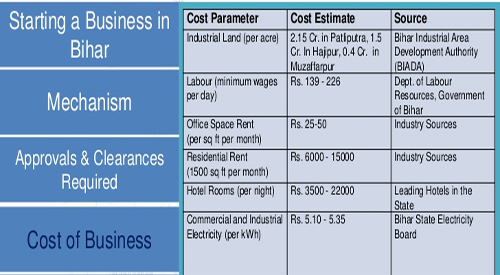 The government held job fairs across districts under its vocational guidance programme that offered 50,164 jobs in 2013-14 and 31,726 jobs in 2014-15 (till September 2014). An employment bureau has been set up for exploring job opportunities in foreign countries for youths who are interested in such proposals. Besides, employment exchanges were computerised to extend online facilities.

By September 2014, the number of sanctioned units in the food processing sector increased to 328 with a total outlay of Rs 3871 crore. Of these, 180 units started the commercial production. The grant released amounted to Rs 294 crore and the estimated employment generation also rose to 21,240.

According to the sixth economic census of Bihar (2013), around 30 lakh workers were employed in a little over 17 lakh firms. This indicate that the number of workers increased by nearly 32% over the previous census, as against an increase of 40% in the number of companies. 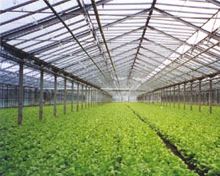 A jute park at an investment of Rs. 42.36 crore is being set up at Maranga in Purnea district on a PPP model. While the Centre is giving a subsidy of Rs 7.50 crore, the state will chip in with Rs 2 crore as part of its equity.

Further, the state will provide 44.20 acres of land valued at Rs 1.67 crore to Punarasar Jute Park Ltd. Having all the basic infrastructure, the park will offer employment to 4,500 persons and indirect jobs to 9,000 persons.

IT sector yet to pick up

It is a known fact that IT sector is yet to pick up steady growth in Bihar, which lags far behind rest of the country. The software units added over 1.66 lakh new jobs in 2013-14.