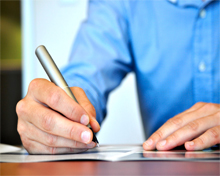 The new government led by chief minister K. Chandrasekhar Rao has laid emphasis on rapid industrialisation to improve economic growth which will lead to higher employment opportunities for the youth.

According to 2011 census, the rural population of Telangana is 215.85 lakh representing 61.3% of the total population.

The high rural population has made their economic development and livelihood issues as critical factors for the overall progress of the state.

In order to address the growing unemployment in the state, TASK has been set up to provide training to graduates and make them ready to meet the needs of the various industries.

The training module at TASK has been designed to produce enough number of readily employable graduates through skill induction.

In fact, this centre has been training both the engineering and degree students in communication skills, employability attitude and technical skills with the deployment of experienced mentors from various partnering colleges.

Apart from entering into broad-based agreements with MNCs, the academy is working closely with giant corporations like IBM, Oracle, Infosys, TCS, Tech Mahindra, Autodesk, Google, Cognizant and HCL, among others with the main aim to extend gainful employment to Telangana youths. 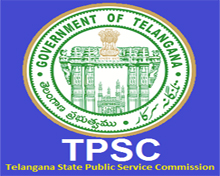 Telangana government is making efforts to set up its own State Public Service commission, even as the unemployment is growing rapidly ever since the launch of statehood movement.

After formation of Telangana state, unemployed graduates are eagerly awaiting the recruitment notifications of government jobs including the setting up of the first state PSC.

During statehood stir, the Andhra Pradesh Public Service Commission has delayed in issuing the notifications for government jobs leading much heartburn among the aspirants.

At present, Telangana has over 12 lakh unemployed youths across its 10 districts, according to informal sources.

Given the severity of the problem, Telangana government is keen to set up the State Public Service Commission at the earliest and issue notification for the conduct of exams for filling up of existing vacancies across departments.

More importantly, the government has to prepare an academic calendar for filling up job vacancies and select an agency that can issue notifications and take care of related academic matters without giving any scope for corruption.

Notwithstanding the ongoing process of allocation to government employees, steps are on to fill the backlog of 25,000 vacant posts in departments.

The process of regularising the services of all contract employees would also be taken up in phased manner to be completed by the end of 2015.

While obstacles are being faced in the allocation of employees, it has been decided to fill up 25,000 vacant posts at the same time and the notifications will be issued in due course.

TRS chief and CM K. Chandrasekhar Rao has assured one lakh government jobs in the next two years (2015-16 and 2016-17) through Telangana Public Service Commission (TSPCS) which will issue notifications for the exams. 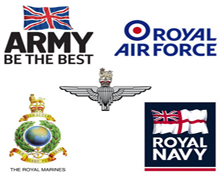 Several hundreds of unemployed youths had registered with the Varadhi Society to get employment in the government and private sector.

Varadhi society is a registered body with district collector as its chairman and other members include DRDA project director, district employment officer and its secretary is a retired deputy collector.

The Varadhi will send SMS alerts on the employment opportunities and hold training programmes for various competitive examinations.

The graduates and unemployed youths are running out of patients as the new government is yet to come out with notifications for filling up thousands of government jobs.

While the main reason for Telangana stir is that the statehood will open up more job opportunities for youth of this region as earlier a major chunk of plum postings and government jobs were taken away by people from Seemandhra region, nothing seems to work in the favour of Telanganities even after the formation of new state.

Industrialisation holds the key for achieving higher growth trajectory and employment generation. Realising this, the new Government has laid adequate emphasis on rapid industrialisation in the State.

The State is already the favoured destination for many investors from India and abroad due to its natural resources, availability of skilled manpower and technological base. In order to capitalise on these advantages, the new leadership is taking several steps to improve the investment climate in the State.