Can I start business in Telangana? 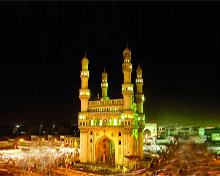 While Hyderabad, the capital of Telangana, will continue to attract global investments for software and IT-related services, the government is concerned on the issue of industrialising its rural districts where much of its population exists.

To address the genuine worries of Telanganites, the government has passed a TS iPass Bill in the assembly that ensures self-certification and deemed approval of all clearances within three weeks of application for any mega project.

According to an estimate, the industrial policy with its novel TS iPass law for self-certification and time-bound approvals will attract not less than Rs 5 lakh crore investments in Hyderabad and its surrounding districts in the next decade. 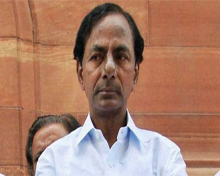 The industrial policy is driven by the slogan of 'In Telangana - Innovate, Incubate, Incorporate' and has ushered in a regulatory system where doing business is made absolutely easy without any bureaucratic hassles.

Entrusted with the task of monitoring the approval of industrial projects, the chasing cell is expected to play a critical role in the setting up a whole range of factories, business centres and production units across the value chain of economic activity.

The right to clearance will involve a provision to impose a fine of Rs. 1,000 on officials for each day of delay in granting clearance to a project, besides allowing businesses to know the exact reason why a proposal is stuck.

The TS iPass law lays down a 15-day limit for the clearance of mega-projects involving over Rs. 200 crore and of one month for smaller projects.

But if the governments miss the clearance deadline, the project is said to have got automatic deemed approval and the promoters can ahead in setting up their plants (or enterprise).

A land bank of over 2 lakh acres have been set aside for industries even as several corporates have come forward to set up their plants in Telangana after it had unveiled its policy framework.

The government has taken up a thorough review of business rules and procedures to make administration efficient and people-centric.

And technology will be leveraged to the maximum in all its endeavours to realise the vision of the state leadership.

Chief Minister Chandrasekhar Rao has assured a 'corruption-free and trouble-free' system of governance without any room for lobbies, middlemen or extra-constitutional authorities which is indeed welcome sign for investors and corporate houses.

The policy framework intends to set up a regulatory mechanism where doing business would be as easy as shaking hands. 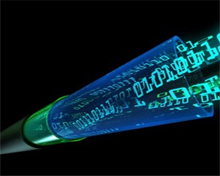 In a major initiative, the government has urged the internet giant Google to send a high-profile team to examine the possibility of Google Fibre, an optical fibre-based super-fast broadband services in the state.

Moreover, Google would set up a Greenfield facility, the largest outside the US and its first company-owned campus in Asia, at Gachibowli in Hyderabad.

It may be noted that Gachibowli is already home to global players such as Microsoft, Wipro, Infosys, Cap Gemini and Deloitte.

Spread over 7.2 acres, this 2-million sq ft facility will have the capacity for 14,000 employees once it becomes fully operations in 4-5 years time.

At present, Google operates from a rented facility at Kondapur in Hyderabad with 7,000 seats.

Once the super-fast broadband is laid underground, it will offer high-speed data connectivity and transmission which will further attract IT-related businesses in Hyderabad.

In a boost to micro, small and medium industries, Amazon Seller Services has opened a fulfilment centre over an area of 2.80 lakh square feet on the outskirts of Hyderabad.

Similar to a warehouse depot, this Amazon fulfilment centre will ship a range of digital and electronic products from its inventory godowns to customers across the country who had made the purchases through the Amazon's e-commerce platform.

This warehouse near Hyderabad is the biggest investment by Amazon in India till date.

Amazon will be able to offer its services to thousands of small and medium business units in Telangana who will gain easy access to customers at a low operating cost.

According to Amazon company officials it is the easy of doing business in the state that has further prompted them to make investment and set up a fulfilment centre near Hyderabad.

This new facility of Amazon will do all the heavy lifting for small and medium scale units of the state and thus help them to grow profitability.

Training to SMEs on digital economy

Amazon Seller Services Pvt Ltd (ASSPL) has entered into an agreement with Telangana government to train thousands of small and medium enterprises on the e-commerce platforms and take advantage of the digital economy.

Under this pact, Amazon India will equip the SMEs through a series of seminars, workshops, video aids and ready reckoners on how to catalogue and manage the inventory for the e-commerce deals.