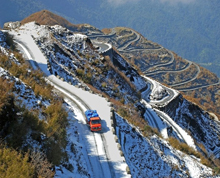 Nestled in the Himalayan Mountains, the tiny state of Sikkim is known for its beautiful geography and hence, a major tourist destination.

The landlocked region is one of the smallest states of India bordering Nepal to the west, China's Tibet to the north and east and Bhutan to its southeast.

West Bengal lies to the immediate south of Sikkim.

Sikkim is the least populous state with a total of 6.10 lakh people spread over a land area of 7,096 sq km.

Second smallest state after Goa in total area, Sikkim has diverse climate due to closeness towards the Himalayan range of mountains.

The state's geography differs as it is located in the Himalayas which influence the climate pattern too.

The climate ranges from subtropical to the high alpine as one reaches close to the mountain zone.

Kanchenjunga, the third highest peak in the world, is located on Sikkim's border with Nepal.

A peek into history 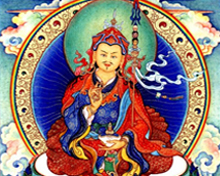 According to legend, the Buddhist guru Padmasambhava visited Sikkim in the 8th century CE and introduced Buddhism to the people.

He was the first spiritual leader to envisage the rule of monarchy in Sikkim long before it became a reality.

Sikkim's Namgyal dynasty came into existence on 1642. Over the next 150 years, the kingdom suffered a number of raids and territorial losses to invasion from Nepalese emperors.

In the 19th century, the Namgyal dynasty allied itself with British India and later on it became a protectorate of British India.

In 1975, a referendum paved the way for the merger of Sikkim with India after the abolition of its monarchy which had alienated itself from the public.

Sikkim has 11 official languages, but Nepali is the commonly used among the public. Besides there are other dialects like Sikkimese, Lepcha, Tamang, Limbu, Newari, Rai, Gurung, Magar, and Sunwar and English that are spoken by people across the region.

English is the medium of instruction in schools and used for correspondent in government departments.

The predominant religions are Hinduism and Vajrayana Buddhism.

Sikkim economy is dependent mainly on agriculture and tourism, and the state has the third-smallest GDP among Indian states.

Origin of the word 'Sikkim' 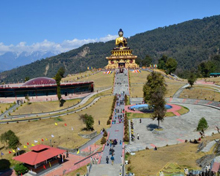 The widely accepted origin of the name "Sikkim" is that it is a combination of two Limbu words: "su" which means "new", and "khyim", which means "palace" or "house".

The name is believed to be a reference to the palace built by the first ruler Phuntsog Namgyal.

However, the Tibetans call Sikkim as "Drenjong" which means "valley of rice".

The Bhutias (from the nearby Bhutan) call it "Beyul Demazong", which means "the hidden valley of rice".

The Lepcha people, the original inhabitants of Sikkim, called it "Nye-mae-el", meaning "paradise".

In Indian history, Sikkim is known as "Indrakil", the garden of the war god Indra.

Twenty per cent of the budget Rs 1,200 crore is spent on education. Schools are centers of happy learning where yoga is mandatory.All government schools have drinking water and separate toilet facilities for boys and girls. 75 per cent schools have playground and libraries and 55 percent teach computers. There is a school within 2 km distance in the rural areas in Sikkim where pupil teacher ratio is lowest among the small states in the country. Education spending for 6-15 age groups is at least six times more than the national average. Here school uniforms, school bags, raincoats, umbrella and shoes are free.