Due to reckless driving and steady encroachments, traffic situation in the capital complex of Itanagar is deteriorating and in need of urgent policy action.

In order to better the situation, the following steps have been taken by the local police in consultations with the stakeholders: 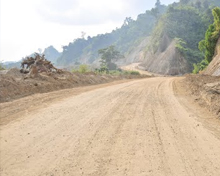 The length of total road network in the Itanagar Capital Region is 280 km.

Nearly 80% of the road length is bituminous but the fact is the quality of most of the internal road system is extremely poor marked with excessive pavement failure, distressed pavement, potholes and poor, maintenance practices.

The NH-52 A is the major lifeline of the Capital Region as it hasa number of markets, commercial centres and accommodates high volumes of traffic consistinga mixed range of vehicles.

Poor land regulation has caused severe problems of encroachmentsputting both pedestrians and motorists at risk. There are over 460 cases of encroachments along the NH-52 A whichfall within the 40 m span of right of way (20 m on each side fromthe central line of the road). 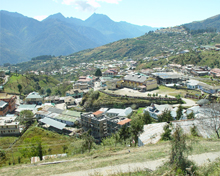 Over 225 such encroachments are in Itanagar, nearly 200 in Naharlagun, while remaining in Banderdewa.

The NH, besides acting as such a crucial arterial for Itanagar, links the entire sub region and surrounding hinterland with Itanagar.

Besides proper street lighting facilities at urban stretches, signages, markings and other necessary street furniture are either absent or not properly maintained on the most important road of the capital region. 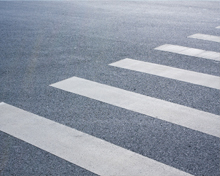 Road maintenance is under the jurisdiction of BRO, while the pedestrian facilities, street lighting, river training, encroachment removal, provision of parking and street furniture comes under the radar of various state level bodies and local agencies.

Peak hour analysis for the pedestrian and vehicular flows shows that the travel demand in the city is concentrated at certain hours.

This affects the average travel speed on the road which drops to just 30-35 km per hour during peak hours. The private transportation has become the preferred mode of transportation in Itanagar.

And being a hilly terrain the share of two-wheelers in total vehicle matrix is comparatively low, while the share of cars, particularly that of jeeps is high.

The deficiency in frequency of APSTS buses is one of the reasons for the growth of private vehicles. However, the intermediate public transport modes are available which suits the travel demand and the limited transport network of the city.

Overall, there is an attitudinal shift of people to use private vehicle rather than public transport. All these vehicles are plying on a near static road length of 280 km in the Capital Region resulting in mounting strain on the road network and leading to a situation of endless gridlocks during the peak hours. 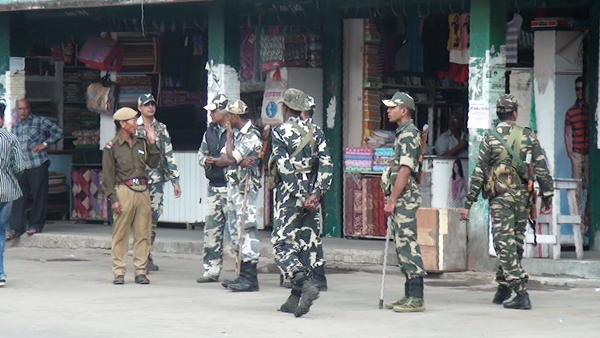 Bandh calls had been a continuous nuisance in Itanagar.

All the bandh since October 2012 had been successfully "neutralised" by the district administration.

Strict efforts were made to break the vicious cycle of 'bandhs' in the Capital Complex.

All these measures helped in neutralising the bandhs and in maintaining the law and order in the state.

In order to further discourage the bandh culture in the Capital Complex, the DA has for the first time lodged FIRs personally in the name of the office-bearers of the associations who have organised the "bandh", for damage to the government/private properties.

Similarly recovery notices have been issued in the name of individuals to recover the damages done to the government property. And it was hoped this would help in discouraging the bandh culture.

Traffic police are into a continuous drive for the removal of black or tinted films on cars and vehicles, against two wheelers without helmet, rash driving and checking the licence of motorists on the main roads of Itanagar.

Stiff penalties are being imposed on defaulters of traffic rules with a mobile court assisting the traffic police.

A ban order on usage of plastic bags by shopkeepers and vegetable vendors in the Capital Complex is in force o keep the city neat and clean. Regular drives are carried out to enforce the plastic ban order.

The enforcement drive has been carried out to deport those staying in Itanagar without ILP and to seize the banned products like tobacco, gutka, plastic bags and illegal liquor. Strict warning issued against dumping of construction debris on the roadsides and heavy penalties meted out to defaulters.