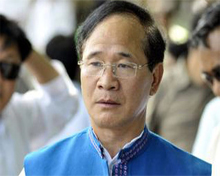 Providing gainful employment in a state like Arunachal is a tough challenge as it is not only industrially backward, but also most of its 13 lakh people are engaged in small scale farming, weaving and cottage-based vocations for sustaining their livelihood.

However, the Congress government led by Chief Minister Nabam Tuki has assured the creation of at least one lakh new jobs during the 12th Five-Year Plan (2012-17). 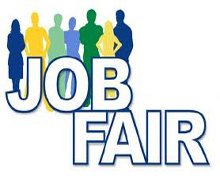 However, nearly 17,327 youth were employed during the year, exceeding the set target by a huge margin.

In order to give a big push to employment growth, the state government has arranged for training of 100 candidates at International Institute of Wellness Studies (IIWS), Noida, during 2012-13.

Out of these 100 candidates, 79 were placed and the remaining were engaged in self-employment.

The success of the training led the government to increase the number of trainees to 200 in 2013-14.

Its main objective is to provide 100,000 jobs for unemployed youths during the 12th Five Year Plan.

A job mela-cum-skill development interview rally is being organised at regular intervals and till December 2014, more than 31,000 youths have been employed or self-employed.

Moreover, the state government has announced that a minimum of 10 per cent of the funds allocated to the MLA local area development scheme will be used to train unemployed youths. 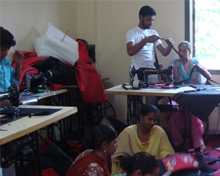 This will help them acquire the necessary skills fortaking up self-employment activities or for enhancing their employability.

The Department of Industries of the Arunachal government is responsible for promoting the industrial activities inthe state to provide employment opportunities to the ruraland urban people.

Under the CM's Paryatan Vikaas Yojana, a project has been launched to provide subsidised tourist cabs to educated unemployed youth across districts. For this, a provision of US$ 0.83 million was made during 2013-14.

Since 2013, job melas are being held in Itanagar which opens up wide opportunities for the educated, but unemployed youth of Arunachal Pradesh.

Moreover, the Employment Generation Council and Skill Development Council have been set up under the personal initiative of Chief Minister Nabam Tuki.

As on March 2015, 40,000 youths have been trained by thevocational training providers and many of them have gone into self-employment mode or got placement in private firms across India.

1,000 Arunachal engineers to be hired

The Border Roads Organisation (BRO) is recruiting engineers from Arunachal Pradesh for projects undertaken in the frontier state.

Around 1,000 engineers would be recruited through campus selection process where preference would be given to local Arunachal youths or unemployed engineers who have already completed their degree.

All the road projects taken up by BRO to facilitate the deployment of Indian Army on the sensitive border with China in the state have taken momentum and the works are being expeditiously executed.

However, the BRO is facing a number of hurdles in the construction of roads like the security for its staff and worker, shortage of materials and equipment and land acquisition woes.

The CM Nabom Tuki has assured the BRO director general that all support will be extended for them to extend the road network in Arunachal and also ensure that the construction projects are not hampered by outside factors.

Youths look for jobs outside

Aiming big in life, the rural youth of Arunachal Pradesh appear willing to explore employment opportunities outside the state at a training and recruitment rally, with many of them opting for skills that have markets in bigger cities and industrial towns.

The unemployed youth of the state, which has over 77 per cent ofits population in rural areas, are opting for training in fields ranging from hospitality to plastic moulding at the "job mela-cum-skill development selection rally" organsied by the state government.

They appear willing to look beyond jobs in the government sector, which has been the traditional source of employment in this mountainous border state.

Girls, too, are opting for training in diverse fields that have no demand in the state due lack of an industrial base and hence are ready to venture out for job placements in other parts of the country. 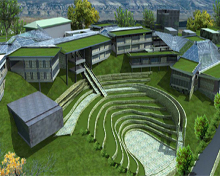 The Ministry for Development of North East Region (DoNER) has proposed to sponsor 200 individuals from Arunachal in different vocational and skill development programmes under premier institutes such as NIFT and Ashoka Institute of Hospitality and Tourism under ITDC.

Establishment of NIFT at Sagalee

The Centre has given its consent to set up a National Institute of Fashion Technology (NIFT) at Sagalee.

This development was in response to the policy-level thrust of the CM to create state-level centres of national excellence in order to improve the scope of employability and also ensure world class training to students that would enable them to get lucrative jobs for a bright future.