A uniform system of education prevails in Arunachal which has a total population of just over 13 lakhs across 19 districts of total area 83,400 sq. km.

With the predominance of tribal population, modern education is gaining roots in a gradual manner in this extreme north-eastern state bordering China and Myanmar.

Several new projects and mega plans are on the anvil with the state government getting liberal funding assistance from the Centre to improve the educational scenario in this hill state blessed with abundant resources.

Besides, a number of local NGOs have undertaken special campaigns and awareness drives in remote corners of the state to enrol children in schools for shaping their career. 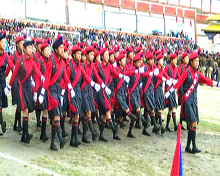 Arunachal follows a uniform structure of 10+2 system in school education like in rest of the country.

While the higher secondary Classes XI-XII (Plus Two) determine the future academic orientation of students.

In order to universalise elementary education in Arunachal Pradesh, state government offers free education to students up to the age of 14.

The state has established a number of pre-primary, primary, middle, high and higher secondary schools across the districts to facilitate the education of Arunachal students.

Arunachal Pradesh has a few renowned institutes that attract quality students from the north-eastern region.

The North Eastern Regional Institute of Science and Technology (NERIST) plays a critical role in raising the technical and management education in the state.

The Indira Gandhi Technological and Medical Sciences University and Himalayan University have been established to further broad base the technical courses being offered in Arunachal Another premier institution is Rajiv Gandhi University that provide a range of science and technical programmes. 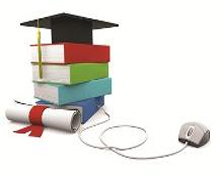 An innovative scheme titled Guide was launched by the department of education for nurturing government schools.

Based on the concept of mentoring, this scheme does not require any financial expenditure and works on the principle of pairing up of a selected school (pupil) with an officer (mentor). Chiefly, it aims to improve the examination performances of students.

English is the primary medium of instruction in various schools in Arunachal Pradesh.

Besides, the colleges and universities as well as other professional institutes use English as the medium of teaching and also for general communication.

Arunachal has one central university, one deemed and six state varsities:

There are six engineering colleges in Arunachal:

The state has three medical colleges: 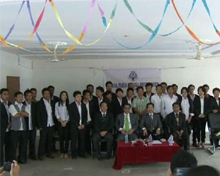 Besides, there are 21 degree colleges and two institutes offering cultural studies and fine arts in Arunachal Pradesh.